SANIBEL, Fla. - Two weeks after Hurricane Ian made landfall in southwest Florida, causing billions of dollars in damage, temporary repairs have been made to Sanibel Causeway, allowing power restoration crews and other emergency workers to reach the hard-hit barrier islands of Sanibel and Captiva.

The first few trucks carrying supplies and workers made their way over the bridge Tuesday after Governor Ron DeSantis made that announcement. For civilian vehicles, he said the bridge won't be available until Oct. 21. The temporary patches will allow power restoration vehicles – including 200 bucket trucks, 150 pickup trucks, and two tractor-trailers to get onto Sanibel and Captiva to boost efforts of restoring power there.

The causeway was damaged in three places when Ian slammed into the coast. Last week, state crews finished a temporary fix to the bridge leading to Pine Island with linemen now helping restore power there.

"We feel as a community that if we leave the island — abandon it — nobody is going to take care of that problem of fixing our road in and out," Pine Island resident Leslie Arias said as small motor boats delivered water and other necessities. 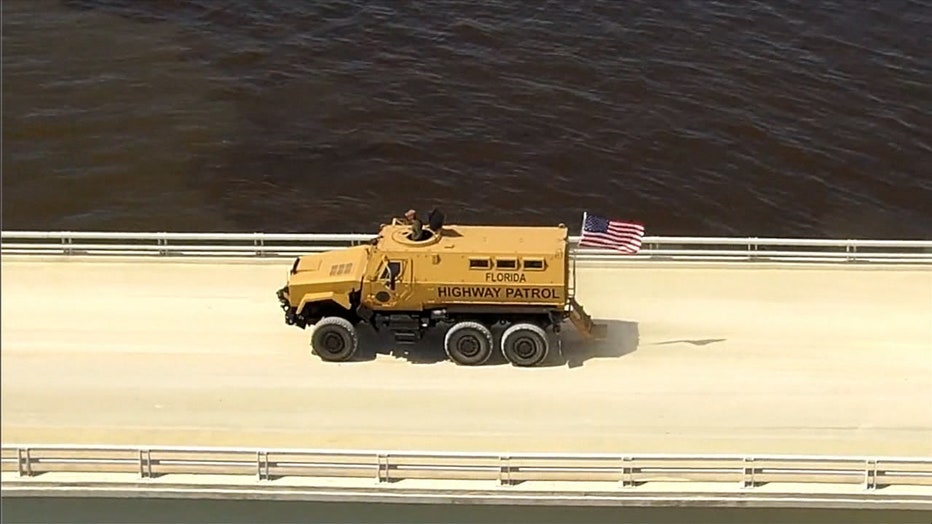 Wednesday, before the temporary bridge was in place, Publix sent its employees by boat to their single location on Pine Island. Now, they can send trucks over to begin reopening the store.

Airlines and barges have helped move some equipment onto the barrier islands – but DeSantis said fixing the key to getting these areas back on the grid. 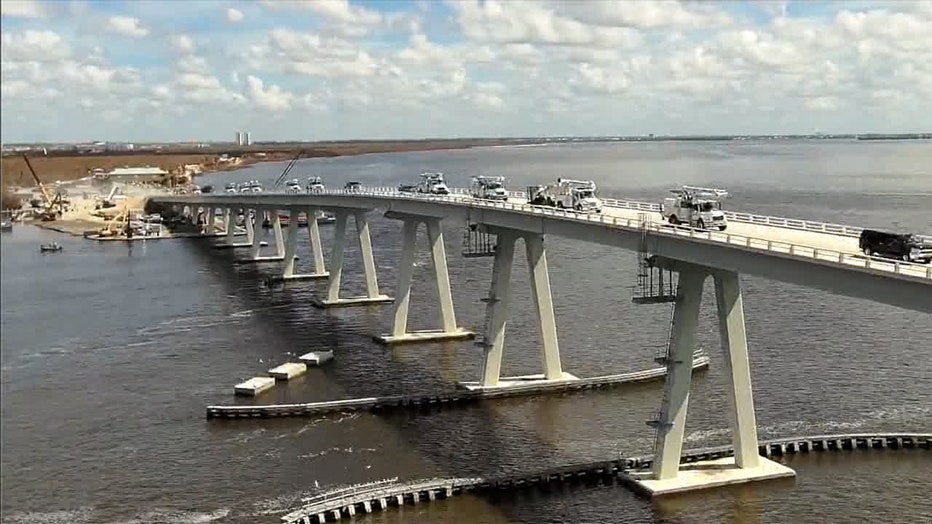 With the major search for victims over and a large swath of Florida’s southwest coast settling in for the long slog of recovering from a rare direct hit by a major hurricane, residents are bracing for what will be months, if not years, of work. Mourning lost heirlooms will be hard; so will fights with insurance companies and decisions about what to do next.

In Plant City, Yerb Labs had their glass display cases shattered. The store said looters made off with more than $1,200 of merchandise. Police are still searching for the suspects.

State officials confirmed eight more deaths linked to the storm late Monday, bringing Florida’s toll to 102 — just over half of those in hardest-hit Lee County, where the powerful Category 4 hurricane came ashore with 155 mph winds on Sept 28. Overall, 111 deaths have been blamed on the storm, also including five deaths in North Carolina, one in Virginia and three in Cuba.

It was the third-deadliest storm to hit the U.S. mainland this century behind Hurricane Katrina, which left about 1,400 people dead, and Hurricane Sandy, which killed 233 despite weakening to a tropical storm just before landfall.