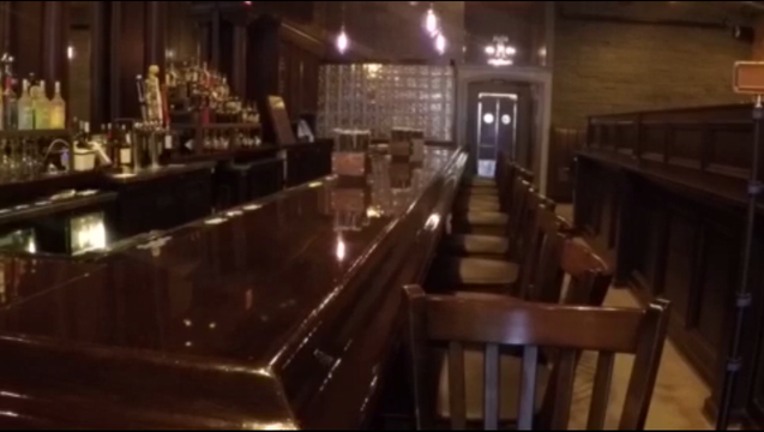 MIAMI - As restaurants in many Florida cities prepare to re-open on Monday under new pandemic rules set by Gov. Ron DeSantis, officials in some counties say a patchwork of state regulations makes implementing the guidelines difficult and vague.

Restaurants in all but three counties can reopen their inside dining rooms at 25% capacity. Outside patios and dining areas are limited only by social distancing guidelines — tables 6 feet apart, with parties no larger than 10 people — and in some areas, businesses are asking local officials for expansion of outdoor seating.

In Lee County, for example, officials are allowing restaurants to place tables and seating in areas not previously allowed, such as parking lots. The relaxing of rules will remain in effect until five days after restaurants are able to operate at 100% capacity per the governor, according to the Fort Myers News-Press.

Resaurants in Lee County that have remained open have reported losses of 90% or more since the governor ordered dining rooms to close March 20.

“It’s so hot. Most people don’t want to be outside much right now,” said Betsy Barnwell, owner of Farmers Market Restaurant in Fort Myers, told the newspaper. “But it’s something. We’ve got to start somewhere.”

It’s all an attempt to drag Florida’s dismal economy back toward pre-coronavirus levels. More than 800,000 people have filed for unemployment in the state since the crisis began, many of them service workers or tourism industry employees.

Then there’s Miami-Dade, Broward and Palm Beach counties. They are excluded from DeSantis’ recent order because coronavirus cases are still surging in those places.

Florida has about 35,000 confirmed cases of the virus, resulting in more than 1,360 deaths, according to the state Department of Health on Saturday.

The governor’s order applied to retail and store-front businesses, and officials tried to allow as many businesses as possible to open, including car washes and mobile dog groomers, the sheriff said. The openings can only take place if local government allows it.

“We’re trying to make everything we can with this bucket of mud,” Gualtieri told the paper. “Mobile dog groomers, go for it. Please, go get your dog washed.

Across Florida, people seemed to be eager to get outside. Parks, golf courses and other outdoor recreation areas began reopening in some counties Wednesday.vIn the parks that hug Tampa Bay in St. Petersburg, folks on Saturday jogged, kayaked, strolled and lolled on picnic blankets atop the grass in the 80-degree spring sunshine.