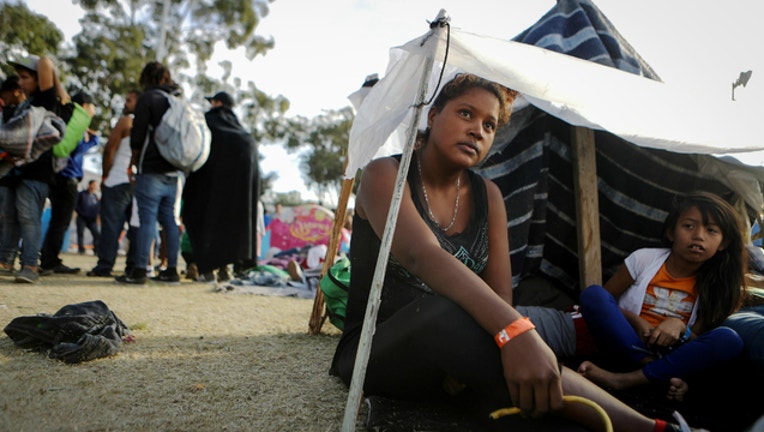 Migrants from Honduras rest beneath a makeshift tent at a temporary shelter for members of the 'migrant caravan', located within sight of the U.S.-Mexico border barrier, on November 21, 2018 in Tijuana, Mexico. (Photo by Mario Tama/Getty Images)

FOXNEWS.COM - The Trump administration has reportedly made a deal with Mexico’s incoming government to require all asylum-seekers coming from the south of the border to wait in Mexico while their asylum claims goes through court.

The Washington Post, citing Mexican officials and senior members of president-elect Andrés Manuel López Obrador’s transition team, reported Saturday that the Remain in Mexico plan would require asylum applicants to stay in Mexico, therefore ending the “catch-and-release” practice whereby those seeking asylum are allowed to stay in the U.S.

Should the policy be implemented, it would mark a significant victory for President Trump, whose tough immigration stance -- including his promises to end catch-and-release and build a wall -- has formed a central part of his political platform both before and after his election.

“President Trump has developed a strong relationship with the incoming Obrador Administration, and we look forward to working with them on a wide range of issues.” Deputy Press Secretary Hogan Gidley told Fox News.