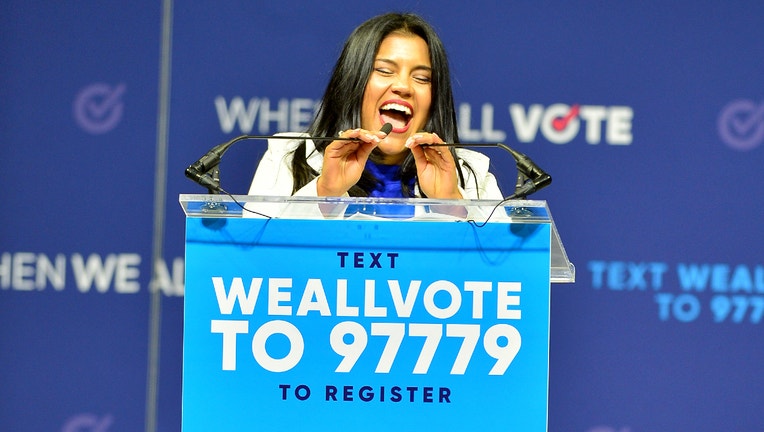 United Teachers of Dade County, Karla Hernandez-Mats speaks during a 'When We All Vote Rally' in Miami at the Watsco Center at the University of Miami on September 28, 2018 in Carol Gables, Florida. (Photo by Johnny Louis/FilmMagic)

TALLAHASSEE, Fla. - Democratic gubernatorial candidate Charlie Crist on Saturday will make what his campaign described as a "major" announcement, with a South Florida television station reporting he will name the leader of the Miami-Dade County teachers union as his running mate.

CBS Miami reporter Jim DeFede, citing unnamed sources, reported that Crist will announce Karla Hernandez-Mats as his pick for lieutenant governor. She has served as president of the United Teachers of Dade since 2016 and is a former classroom teacher. Crist won Tuesday’s Democratic gubernatorial primary and will face Gov. Ron DeSantis in November.