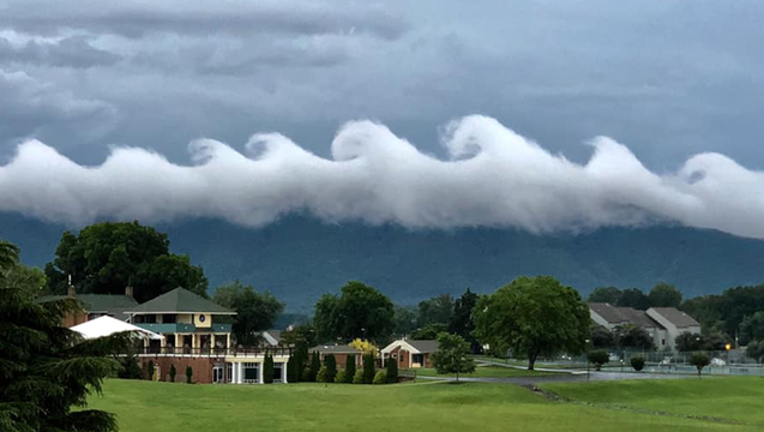 A woman in Virginia snapped a picture of a rare cloud formation in the sky near Roanoke.

Amy Christie Hunter spotted the wave-shaped clouds on Tuesday evening over Smith Mountain Lake. She quickly pulled out her camera to capture the jaw-dropping view.

"Very cool clouds rolling over Smith Mountain this evening," she wrote on Facebook. "They are called Tsunami clouds. I sent the photo to our local news station and the meteorologist replied to me saying they are very rare and usually not this defined."

Hunter tells Fox 35 that these clouds are technically defined as Kelvin-Helmholtz clouds.

According to EarthSky.org, Kelvin-Helmholtz clouds "are named for Lord Kelvin and Hermann von Helmholtz, who studied the physics of the instability that leads to this type of cloud formation."

"You'll often see the characteristic wave structure in this type of cloud when two different layers of air in our atmosphere are moving at different speeds," EarthSky.org reports.