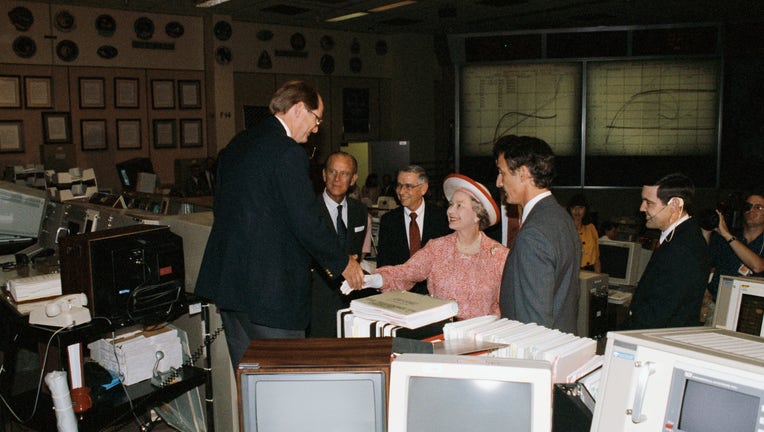 HOUSTON - As outpour continues over the loss of Queen Elizabeth II, we look back on her visit to Houston.

Buckingham Palace announced the queen’s death in a statement, writing that Elizabeth "died peacefully" on Thursday afternoon at Balmoral Castle, which was her summer residence in Scotland. Her death means now that Prince Charles, 73, takes the reigns as King Charles III, though it's unclear when a formal coronation ceremony will take place.

Meanwhile, the world is grieving the queen as Britain's longest-reigning monarch, where she served for 70 years.

Some may be unaware, however, that Her Royal Highness actually paid the City of Houston a visit back in May 1991, where she toured the Johnson Space Center and made an appearance at the city's oldest Black Baptist Church.

RELATED: What happens when the queen dies? All about King Charles III's succession, accession and coronation

Despite the rain that day, Queen Elizabeth II was greeted by toe-tapping gospel music.

″She said it rains here and it rains where she lives, too,″ Mayor Kathy Whitmire at the time said after she sat with the queen and Prince Philip under a white awning outside City Hall as a parade of performers streamed by.

GLOBAL MOURNING: Monarchies around the world: The U.K., a diarchy, and the uniqueness of Vatican City

Prince Philip chuckled as the Houston Community Choir sang ″Home on the Range,″ particularly when the singers reached the line ″where the skies are not cloudy all day″ in the midst of a downpour.

At Houston’s Antioch Baptist Church, a 125-year-old downtown church, the royal couple appeared at first unprepared for the loud, lively singing by two gospel choirs. But after about 20 minutes, the queen began tapping her toes to the rhythms of the energetic performance.

″It was nice,″ the queen said of the uniquely American music. 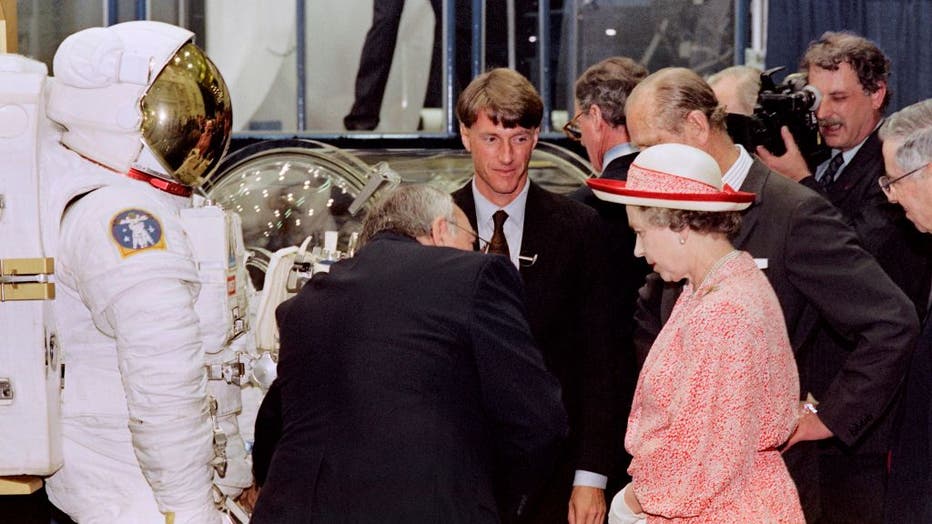 At Johnson Space Center, the queen and prince viewed exhibits of space suits, space food and robots, received a plaque from center officials and toured Mission Control, where U.S. spaceflights are commanded.

The Houston visit, scheduled to end with a private dinner at the Museum of Fine Arts, capped a nine-day U.S. visit that began in Washington and included stops in Florida and Texas. 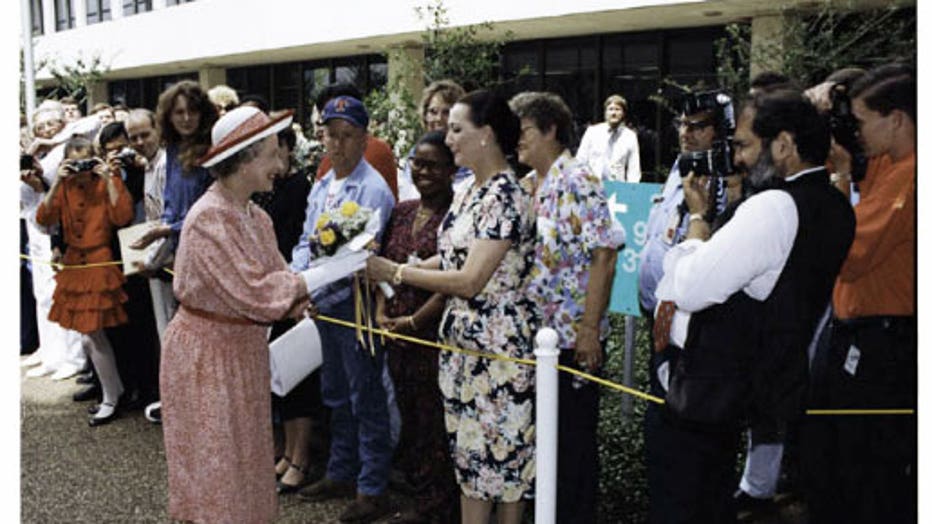 After the dinner, the queen was to bestow an honorary knighthood on Dallas resident Cecil H. Green in a private ceremony. Green, a British-born U.S. citizen, is an international philanthropist who endowed the Green College at Oxford University. He also is the co-founder of Texas Instruments, Inc.

MORE: What Queen Elizabeth did during her visit to Dallas in 1991

″She’s more attractive than I thought,″ said 22-year-old Army Spec. Delman Orme, recovering from a head injury suffered in Kuwait. ″I thought the Majesty was very pretty for her age.″

At the parade, Houstonians lined parking multi-decked parking garages and peered down from glassed-in skywalks to get a glimpse of the monarch.

″I was in London the day she was crowned,″ said Ruth Weber of Houston who stood in the rain for more than an hour to get about a 20-second glimpse of the royal couple. ″It was worth it.″