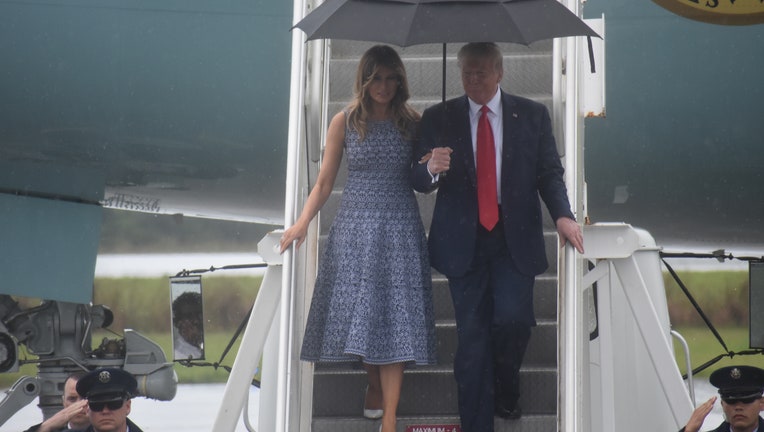 CAPE CANAVERAL, Fla. - SpaceX was scheduled to launch two NASA astronauts into space on Wednesday afternoon but it was scrubbed as the Space Coast was hit by unfavorable weather.

SpaceX rescheduled the historic manned launch for Saturday at 3:22 pm.

President Trump tweeted after leaving Cape Canaveral that he would be back on Saturday, stating "Thank you NASA and SpaceX for their hard work and leadership. Look forward to being back with you on Saturday!"

When the launch does happen, the company will send two astronauts into space from NASA's Kennedy Space Center. This is the first manned mission for SpaceX ever and the first launch from American soil since the retirement of the space shuttle program in 2011.

Astronauts Doug Hurley and Bob Behnken will ride SpaceX’s Crew Dragon spacecraft into orbit on top of a Falcon 9 rocket from launch pad 39A. The spacecraft will reportedly travel to the International Space Station for the Demo-2 mission, testing the Crew Dragon spacecraft systems for the first time in orbit before beginning their extended stay in space.

The spacecraft is capable of staying in orbit for about 210 days but the specific duration of their mission has not been determined yet. NASA will make this decision based on the readiness of the next commercial crew launch.

MORE NEWS: First manned launch in nearly a decade scheduled for Saturday, here's where you can watch it