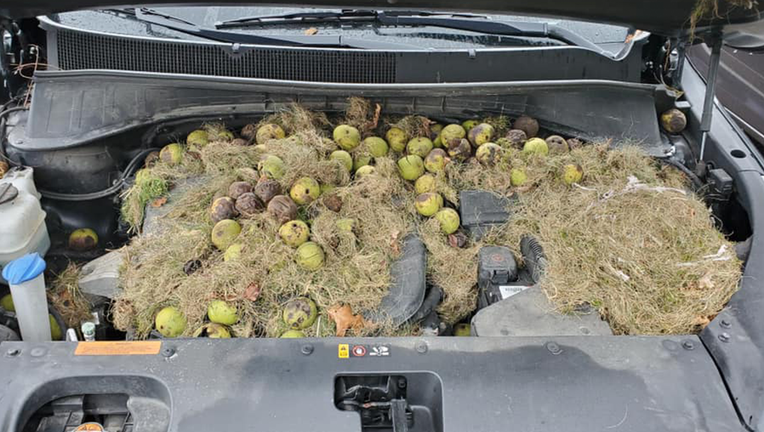 A Pittsburgh-area woman with car trouble popped the hood of her vehicle to find squirrels had hidden more than 200 walnuts in the car's body.

Chris Persic told KDKA-TV his wife called to tell him their car smelled like it was burning. He told her to pop the hood, and she found walnuts and grass piled over the engine. The couple took the car to a mechanic, who found half a trashcan’s worth of walnuts under the engine.

Persic said the walnuts did not cause any extensive damage, though a squirrel may have chewed through or pulled out the fuel injector hose on his new truck. The couple has gotten a quote to remove a black walnut tree from their property.

“Funny thing is I was thinking that for how massive the tree is, and how many walnuts have fallen (and how many dents our vehicle received), there really aren’t many on the ground,” Persic told KDKA. 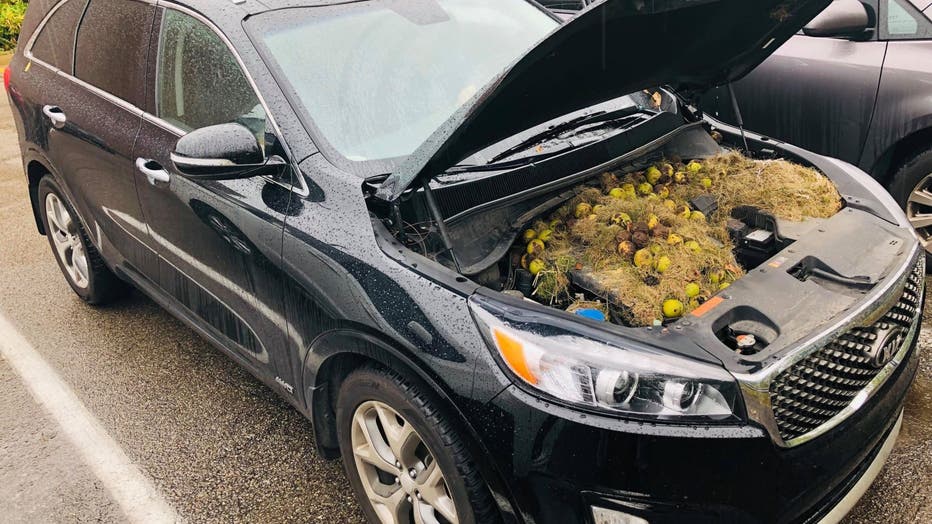