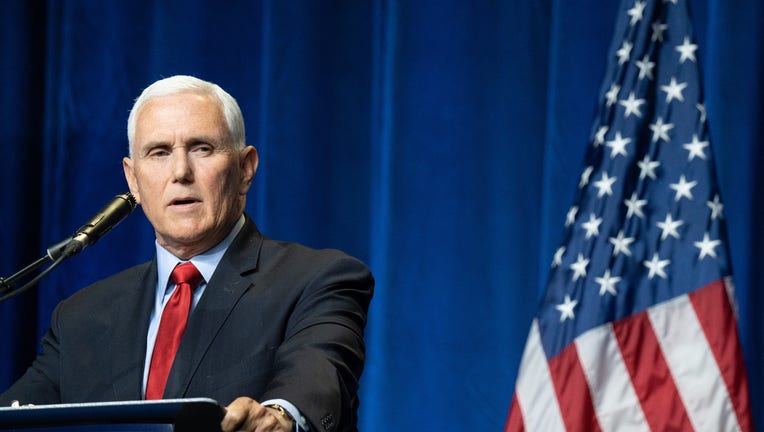 In a move that will spark further 2024 speculation, former Vice President Mike Pence will headline a major Republican Party dinner and fundraising event in early June in New Hampshire, the state that for a century has held the first primary in the race for the White House.

Fox News was first to report this past week that Pence will headline the Hillsborough County GOP’s annual Lincoln Reagan awards dinner on June 3 in Manchester, New Hampshire.

Days before the news broke, Pence traveled to South Carolina, the state that votes third in the GOP's nominating calendar and holds the first southern contest in the presidential primaries, to give his first address since the end of Donald Trump's administration on Jan. 20.

"We've got to guard our values ... by offering a positive agenda to the American people, grounded in our highest ideals," Pence spotlighted in his speech.

He then pledged: "Over the coming months, I'll have more to say about all of that."

The former vice president also touted that he'll be spending the coming months "pushing back on the liberal agenda" of President Biden's administration, which he stressed was wrong for the country.

Never too early for cattle calls

The event, titled the "Texas Victory Committee Donor Appreciation Conference," wasn’t the only cattle call this past week.

Headlining the first day of the summit, which was first reported by Fox News, was former President Trump, who has repeatedly flirted with making a 2024 presidential run. And Scott keynoted the second day of the summit. Pence addressed the gathering via video.

SBA List, whose "mission is to end abortion by electing national leaders and advocating for laws that save lives, with a special calling to promote pro-life women leaders," has long attracted potential Republican White House hopefuls to its events. Social conservative voters have been a key part of the GOP base for decades.

The former president keeps flirting with another White House run.

A week after telling FOX Business’ Maria Bartiromo on "Mornings with Maria" that he’s "100% thinking about running again," Trump told conservative pundit Candace Owens that "it's very early. But I think people are going to be very, very happy when I make a certain announcement."

"You know, for campaign finance reasons, you really can't do it too early because it becomes a whole different thing... Otherwise I think I'd give you an answer that you'd be very happy with. So we're looking at that very, very seriously," Trump added. "All I'd say is stay tuned."