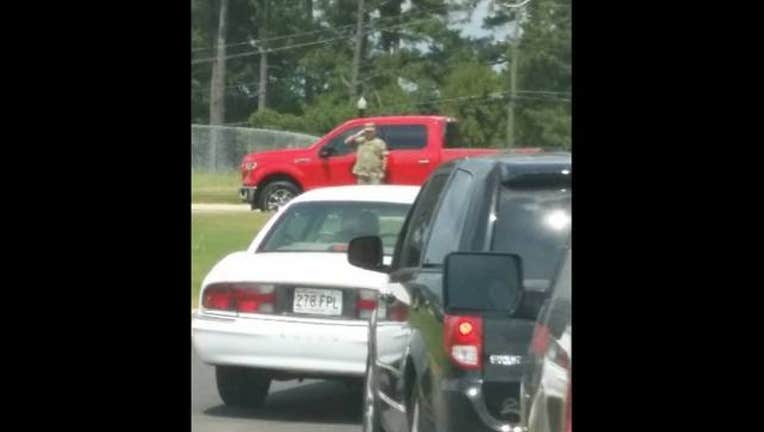 BARROW COUNTY - Michelle Brugh is usually some place where she can watch her son, Kasen, take the flag down every day at Russell Middle School.

“We are a patriotic family. We have raised our kids to respect the flag and what it stands for,” said Brugh. “The day I took the photos, I was not facing the flag, but immediately noticed when a soldier got out of his truck to salute the flag.”

Brugh immediately picked up her phone and snapped the photo of SFC Brian Privett. “I thought to myself, this is an example of true pride in our country and respect for our flag. This is what should be getting air time, not a spoiled NFL player.”

Brugh told FOX 5 that she didn't know who the soldier was until his wife walked up to her at band practice later that day. “She told me that she cried when she saw the picture of Brian on her Facebook page!” The wife of SFC Privett thanked Michelle for taking the photo and said she didn't even know it was him.