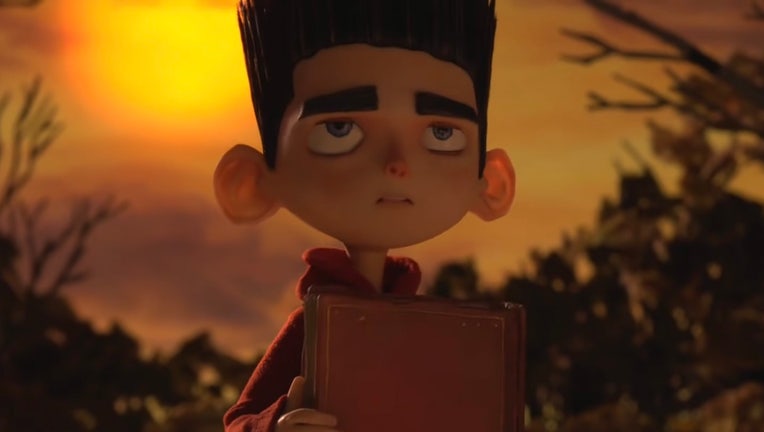 Ten years ago, Oregon-based stop-motion animation studio Laika released their sophomore feature, "ParaNorman."During the summer of 2012, the options for kid-friendly animated features were limited, ranging from toothless sequels such as the fourth "Ice Age" installment to "Brave," the troubled production history of which is apparent in the film’s final cut. Within that movie-going landscape, "ParaNorman" burst out of the gate with apparitional force. Directors Sam Felland Chris Butler’s original, family-friendly horror-comedy family flick is a passionate ode to ’80s horror legends like Stephen King and John Carpenter. But it’s more than a nostalgic tribute: It also found room for a compelling theme of tolerance unlike anything else widely available to kids at the time.

Set in the Salem-inspired town of Blithe Hollow, MA, the film follows Norman Babcock (Kodi Smit-McPhee), an 11-year-old who has a a gift —a genetic sixth sense that allows him to speak to the dead. Unfortunately, that skill has made him an outcast, a misunderstood loner, constantly bullied at school and at home. A distant uncle (John Goodman) has passed a torch to Norman, leaving him with the duty to keep an ancient witch at bay. But the witch’s curse comes to fruition, and soon zombies rise from the dead and wreak havoc in the town. Norman needs allies, banding together with snooty older sister Courtney (Anna Kendrick), school bully Alvin (Christopher Mintz-Plasse), loyal friend Neil (Tucker Albrizzi) and Neil’s older brother Mitch (Casey Affleck) to save the day.

WATCH FREE ON TUBI: "ParaNorman" — get the app

While the film may not have met Laika’s expectations in terms of box office numbers — it made $52 million at the U.S. box office, well shy of its budget of $60 million — "ParaNorman" was eventually and rightly heralded as the underrated stop-motion gem it is. From a visual standpoint, it’s as spellbinding as every Laika flick has been to date. The close-up shots of the human and zombie models showcase fascinatingly detailed flesh-like textures. Even by today’s standards, it is jaw-droppingly gorgeous.

The influence of the ‘80s isn’t felt merely in the film referential moments either. In the film’s the cold open, Norman’s mom asks him what he’s watching on TV; he responds with a nonchalant "sex and violence," foreshadowing a humorous streak of darkness that should remind older viewers of a time when movies earned their PG ratings.

The crop of light-hearted family-oriented films being released alongside "ParaNorman" made Laika’s creation a breath of spooky, gothic fresh air. But its daring is present in nearly all of the film’s facets, from its pacifistic message to its groundbreaking LGBTQ representation — themes woven into a narrative that cleverly incorporates the Salem witch trials as a means to explore its timely anti-bullying message.

(If you haven’t seen "ParaNorman" and want to see it without knowing any of its surprises, stop reading here.) 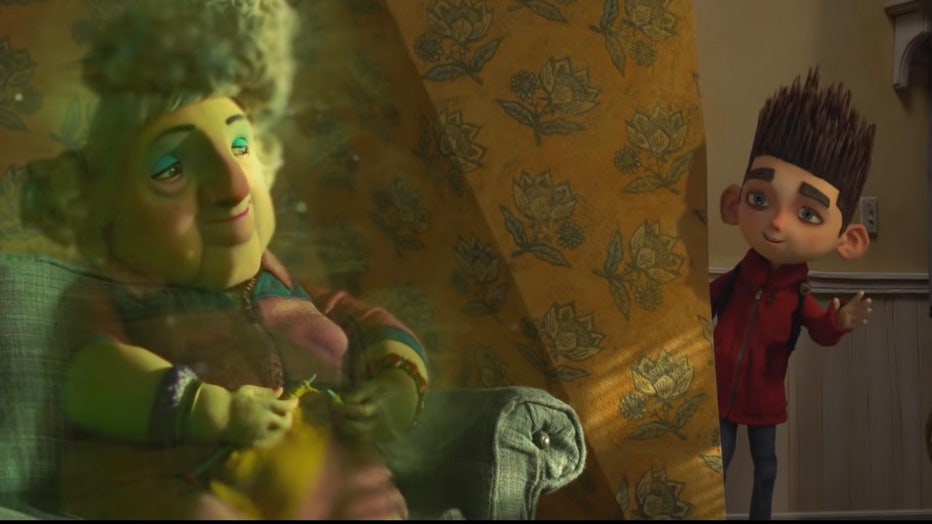 Eventually the film reveals that the 300-year-old cursed witch was just a little girl about Norman’s age, out for revenge against her accusers — hence the zombification. "ParaNorman" juxtaposes those cruel and fearful townsfolk with those who are tormenting Norman over his abilities. The allegory, which hinges on the vile actions humans take out of fear of the unknown, is conveyed beautifully through the movie’s big reveal of the young witch Aggie. And it’s brought home by Norman's subsequent speech to the town, which will challenge viewers who are hesitant or unwilling to accept others' differences.

"ParaNorman" took a big swing with its message of acceptance — but the real home run was made with the character Mitch. In a time when many were begging Disney to make greater strides with LGBTQ+ representation in their features (a plea that’s still being made), Laika broke new ground. Throughout the film, Norman’s sister Courtney swoons over the strapping Mitch; then, with a single line in the film’s closing act, Laika made cinema history: "You're gonna love my boyfriend," Mitch tells Courtney. "He’s a total chick-flick nut."

By today’s standards, it’s a throwaway reveal in the film's final minutes. But in 2012, when LGBTQ+ representation in children’s media was all but non-existent, it was huge — and now to many, iconic. Mitch was the first openly gay character featured in a mainstream kids' movie, and at the time it was revolutionary. Though the reveal happens in a tossed off punchline, it was executed in good faith, and so still feels timely. (Courtney's disappointment that her dream guy is taken is a nice piece of comic punctuation too.) 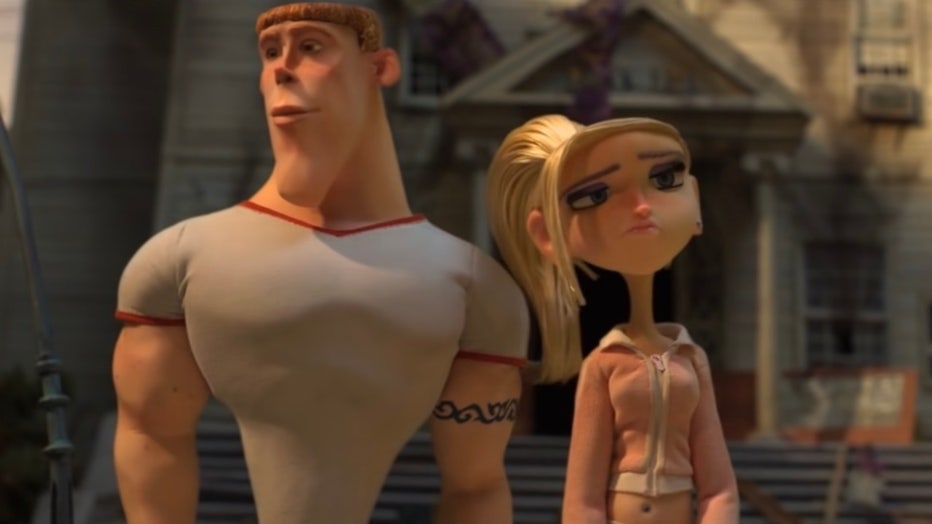 Much like the lead himself, "ParaNorman" defied the conventions of the "family movie," and instead dared to be different. It’s dark with a bit of an edge and isn’t afraid to go the extra mile by normalizing people's unique identities — even if others don’t choose to understand. It incorporates a macabre zombie story to highlight a theme of tolerance as boundary-pushing as the animation quality itself. To this day, Laika’s second feature stands as one of the best in their catalog, and in its way, it's one of the most groundbreaking animated films of all time.

About the writer: Rendy Jones is a film and television journalist based in Brooklyn, New York. They are the owner of self-published outlet Rendy Reviews, a member of the Critics Choice Association, and GALECA. Their work has been featured in Vulture, The Daily Beast, THEM and CBC News.

Make it a double feature with "The Boxtrolls," also streaming free on Tubi

The Boxtrolls (2014): At one point in "The Boxtrolls," a film from the stop-motion animation studio Laika, 10-year-old Winnie (voiced by Elle Fanning) asks her new acquittance Eggs (Isaac Hempstead Wright) about his friends, the Boxtrolls. Legend has it that these sewer-dwelling trolls are quite fearsome. In reality, they wear cardboard boxes as clothes, steal bits of scrap metal in the night and are actually quite friendly, even merry. But Winnie doesn’t know that yet, and her hopes are high. "Did they eat your family, and did they let you watch?" she asks eagerly. Eggs expresses confusion, and she hastily corrects herself: "I mean, make you watch." She attempts to return her mask of ladylike propriety, but it's clear where her obsessions lie. Winnie’s fascination with the macabre — she’s heard about rivers of blood, and piles of bones from all the babies the Boxtrolls are said to eat — becomes both a funny running gag and a canny bit of characterization in this refreshing, underrated film. Read the rest of film critic Jesse Hassenger's retrospective.

"The Boxtrolls" is streaming for free on Tubi — get the app