POINCIANA, Fla. - A quiet community in Poinciana had a "wild night" after a suspect fatally shot a man in the middle of the road. Hours later, a Polk County SWAT team fatally shot the armed suspect during an early-morning standoff, the sheriff said.

The incident began unfolding around 7:30 p.m. Sunday. The suspect, Rudy Arenas, contacted the victim, Orlando Riviera-Vasquez, and said he had something to show him.

Arenas shot Brenda seven times, investigators said. She was taken to a nearby hospital and helped deputies identify Arenas as the suspect. 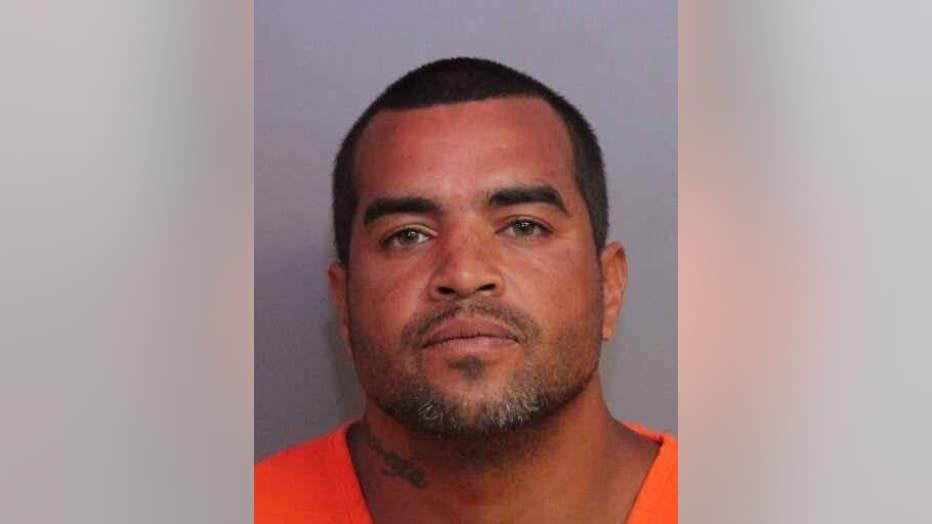 Later, Polk County deputies were notified by Osceola County investigators that Arenas was on Wood Lane in Poinciana. When they arrived, Judd said Arenas ran inside a home as they tried to take him into custody. Judd said relatives lived at the home, and two occupants ran out.

Arenas locked himself inside a bathroom and was alone inside the home. Around 10:25 p.m., the SWAT team with the Polk County Sheriff's Office arrived at the home.

“We negotiate throughout the night with Rudy," Judd explained Monday morning. "He points the gun to his head. He talks about killing himself. He points the gun and says, 'If you come in here I will kill you.'"

Arenas told negotiaters he was on a drug "binger" for nearly three days, Judd added. 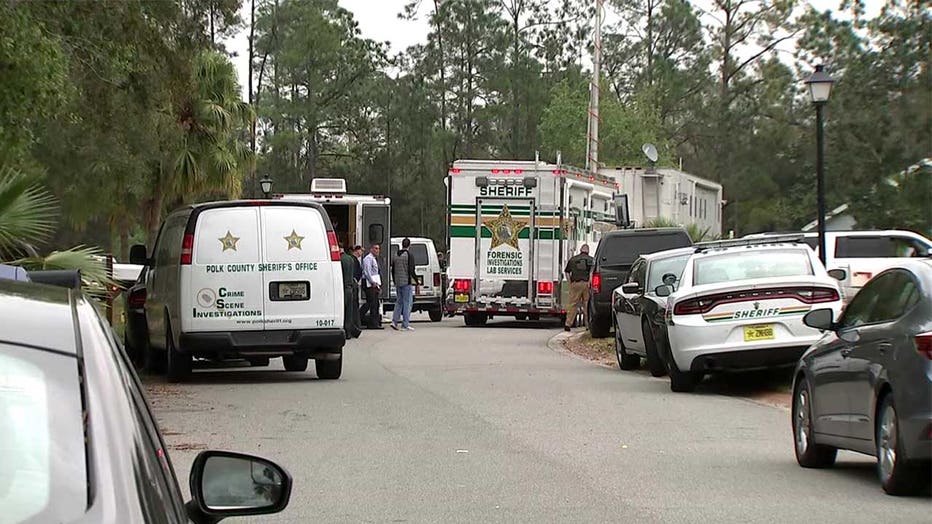 At one point, Arenas told the SWAT team that if they gave him a cigarette, he will exit the home. The SWAT robot delivered it, but he remained inside, Judd said.

Then, Arenas entered the hallway, and it appeared as though he was finally going to leave the home, Judd said. At this point, deputies didn't see a gun and they position themselves to take him into custody.

But then Arenas ran back inside the bathroom, Judd said. He added that the agency received a warrant for his arrest.

After, Arenas exits the bathroom with a gun and his hand inside a pocket. SWAT team members shot him three times with bean bag rounds, which knocked him down, Judd described. Officials saw him pick the gun up and point it toward the SWAT team.

"That was his last bad choice," Judd said. "Three of our team members shot him a lot and he is deceased."

Those three deputies will be on paid administrative leave during the investigation, which is a standard procedure for officer-involved shootings. 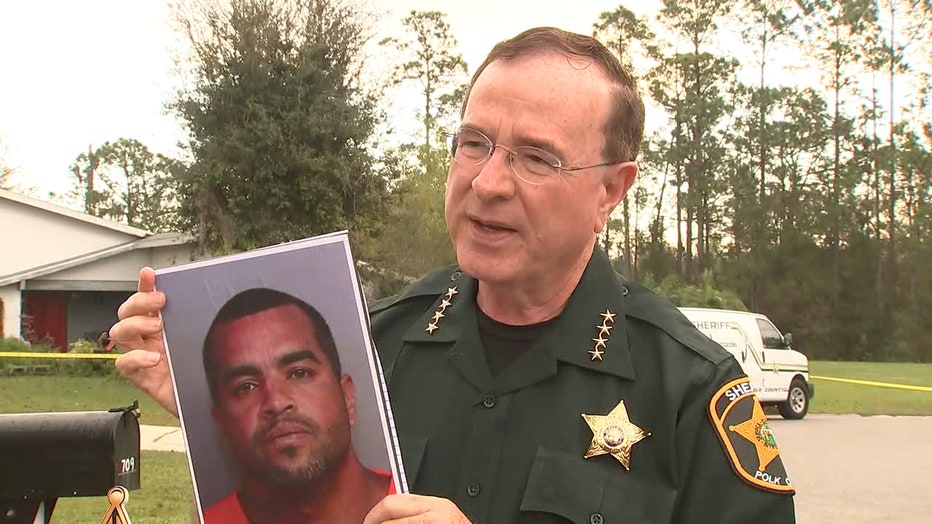 Sheriff Judd was visibly frustrated during a Monday morning press conference. He said both the suspect and victim, who both have criminal records, could have still been alive today if the justice system kept them in prison.

Arenas stole the gun that was allegedly used in the shooting earlier in the day from an "acquaintance," Judd said. He also has a lengthy criminal history, and was arrested 18 times, mostly for drug-related incidents.

"Rudy has been out of control," Judd said.

The victim, Riviera-Vasquez, was arrested in 2010 for murder and served 5.8 years in prison, Judd said.

“If ya’ll can’t tell, I’m a little beefed about this," he said. "If anyone thinks that your 85-percent sentence should go down to 65 percent, you are out of your mind. But you have two dead people.”

He said Riviera-Vasquez had a warrant out for his arrest in Philadelphia, but it was an in-state pick-up only.

"So, he's in Florida," Judd said. "That's right Pennsylvania, you can clear out your warrant now."

The sheriff said he was upset because of the "forgiving" system allowing "low-level, non-violent" criminals to remain free.

“I suggest to you had our forgiving criminal justice…not been as forgiving as it already is, these guys would have been in prison, where it appears they should have been. They would have both been alive today," Judd said. “They’re both dead. At the end of the day, this is a peaceful, quiet, wonderful Poinciana community. That was erupted in violence last night by these quote, unquote ‘low-level, non-violence criminal offenders.’”