The Osceola County Sheriff's Office said a group of delegates was supposed to come to Walt Disney World to compete in the Special Olympics, but shortly after arriving, they vanished. Now additional members have failed to head home.

LAKE BUENA VISTA, Fla. - The Osceola County Sheriff's Office said a group of delegates was supposed to come to Walt Disney World to compete in the Special Olympics, but shortly after arriving, they vanished. Now additional members have failed to head home.

The Special Olympics opened with 5,500 athletes and coaches over a week ago, but according to the Osceola County sheriff, Disney and the Special Olympics reported six from the Haitian delegation missing shortly after that. Over the weekend, another member of the delegation failed to fly back home.

Sheriff Lopez said both Disney and the Special Olympics reported them missing. All 7 are here legally on a 180-day visa. No foul play is suspected.  Sheriff Lopez said others also failed to fly back home to Haiti on Sunday.

The sheriff said they were told there were others from the Haitian delegation that did not want to return to their homeland. 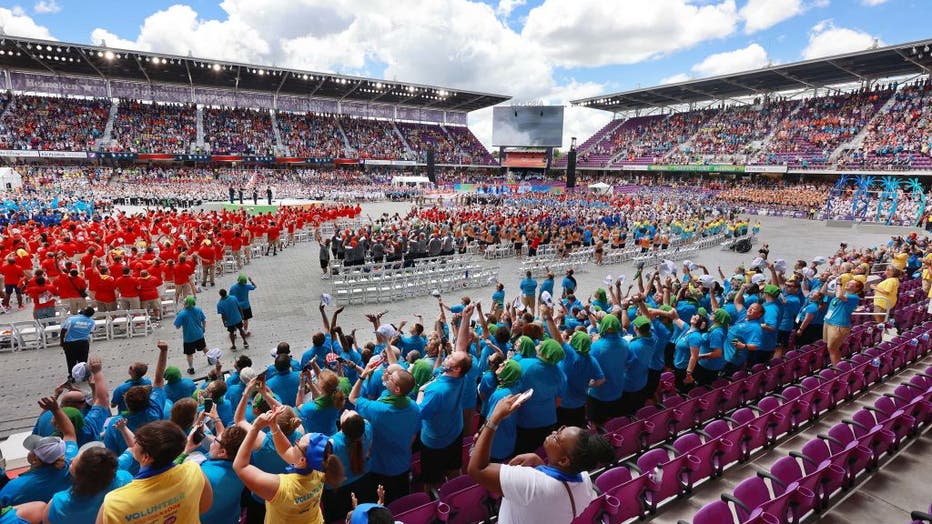 "It’s Haiti, I’m not shocked or surprised by it, because I know what the political situation is there and the constant turmoil. To be quite frank, if I was from Haiti, I don’t know if I’d want to go back," he said.

"It’s horrible. Obviously, Haiti is the poorest country in the Western Hemisphere. You’re dealing with tragedy after tragedy."

He’s not sure where the delegates are but said athletes from other countries sometimes decide to defect and stay in the United States.

"Where you have baseball players or other members of Cuba – whether its boxing or some other sports group that they remain in the United States beyond the period, it’s authorized."

Symphorien-Saavedra said many have left behind their families.

"How grave the situation there must be for them to be willing to leave all those assets and ties behind just to get a better life."

Sheriff Lopez has a message for the missing delegates.

The missing delegates were staying at the All-Star Sports Resort They range from 18 to 32 years old. If you know where they are, call the Osceola Sheriff's Office.