Orlando and Central Florida weather will relatively quiet during the morning and early afternoon on Wednesday with the chance for storms increasing in the late afternoon and evening hours for the I-4 corridor.

The FOX 35 STORM TEAM expects highs will continue to hit in the low-mid 90s with heat index values in the 100-105 degree range this week.  Inland rain chances are low before 2 p.m. Heavy rain and lightning will be likely over the I-4 corridor and storms could linger into the evening hours on Wednesday.

If you head to the theme parks, it will be hot with highs in the low to mid 90s. Scattered showers and storms could develop between 2-6 p.m. at the attractions. Lightning will be the main threat. Remember, when thunder roars, go indoors.

Rain chances look rather low along the beaches for Wednesday morning and afternoon. Rip current risk is low to moderate. Surf resides in the 1-2' range as a small southeast trade swell courses into the surf zone.

Highs on the sand head for the upper 80s just before the cooling Atlantic seabreeze fires up.

Dry air is phasing into the region, reducing rain chances and increasing temperatures. Solid mid-upper 90s wil be the case from midweek into the weekend. A pattern change occurs this weekend as front stages to our north. 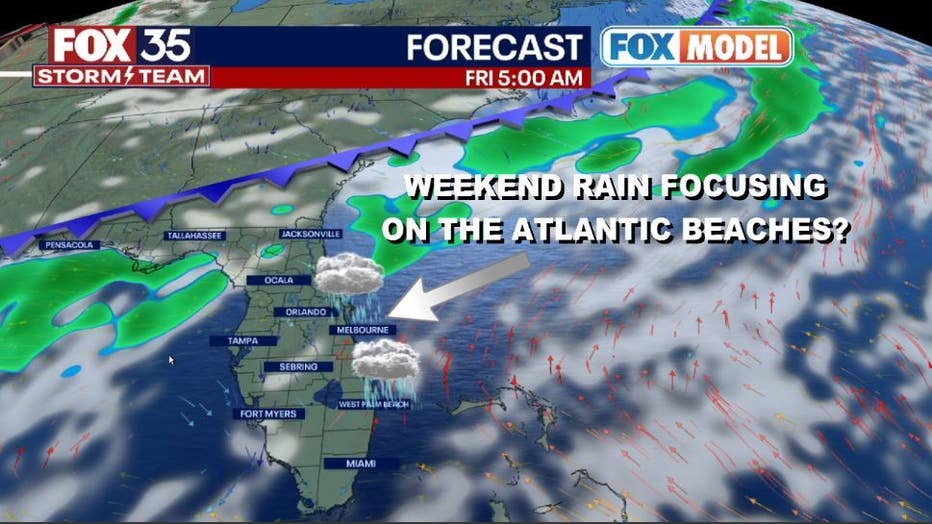 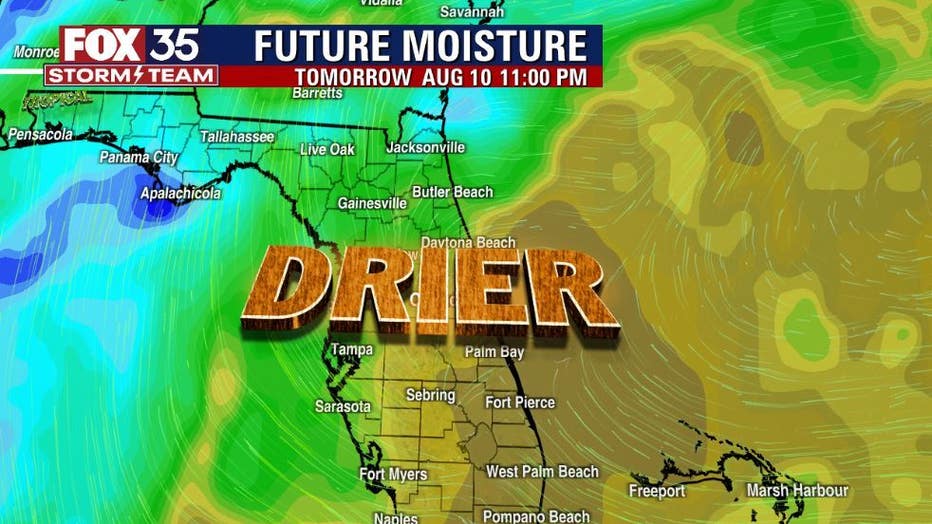 Rain chances will develop on the west side of the state during this time and press steadily east, ending up on the Atlantic beaches. This could put a dent in the ongoing dry spell in that area.

The tropics are just slightly active with a distant Atlantic easterly wave off the West side of Africa. Overall developmental odds with this feature look fairly low.

This wave could fall apart in the coming days as environmental factors weigh in. Download the FOX 35 Storm Team weather app to not only track the tropics, but also the afternoon/ evening showers and storms.