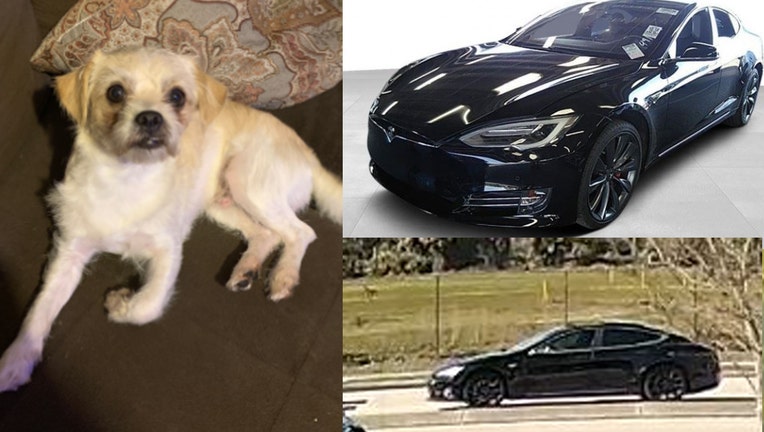 ORLANDO, Fla. - The Orlando Police Department says that they are searching for a dog that they believe was stolen by someone in a Tesla.

They said that the incident occurred on January 13 at 801 Lowell Boulevard. The dog, identified as a Shih poo named Sebastian who is about a year and a half in age, was taken while outside. Surveillance video reportedly shows a black older model Tesla Model 2, possibly between a model between 2012 and 2016, with dark rims drive into coming traffic on Bennett Road and then into a closed business parking lot at 745 Bennet Road.

Sebastian is then reportedly seen walking across the street on Lowell Boulevard as the Tesla pulls into the parking lot. The vehicle pulls up to the dog and then a white or Hispanic female exits the vehicle and grabs the animal. The Tesla is said to then leave the area, making no attempt to find the owner.

MORE NEWS: 'Skin and bones': Man arrested after severely emaciated dog is found lying in its own feces, deputies say

Police said that the black Tesla has a sunroof which is distinct to 2012 to 2016 models. The dark rims are not factory most likely but are offered by Tesla as an upgrade.

Anyone with any information helpful to locating the stolen dog and reuniting him with his family is asked to call Crimeline or Detective Christopher Ehlers at 407-246-2965.