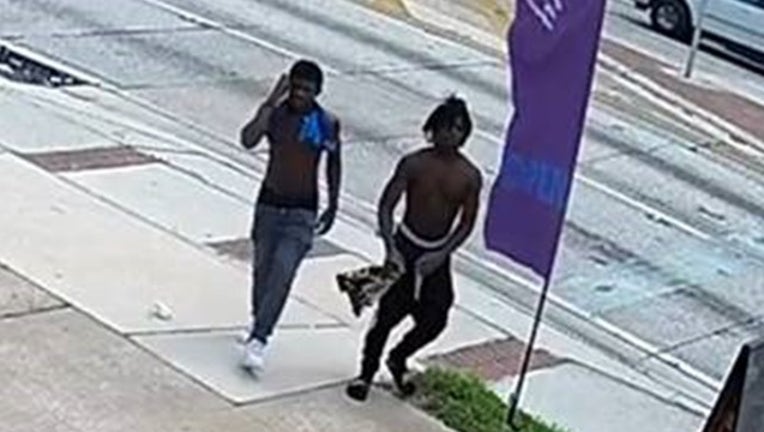 ORLANDO, Fla. (FOX 35 ORLANDO) - The Orlando Police Department is asking for the public's help identifying two persons of interest in a carjacking that occurred on Tuesday, July 9.

According to a police report, the victim was changing his shirt outside of his vehicle in the Camping World Stadium parking lot when two young black males approached him. The victim said that one of the men asked him for a dollar and when he refused, he was pushed to the ground. That's when the two men got into the victim's 2015 gray Jeep Cherokee and drove off.

The victim said both of the men were in their late teens or early 20s and wearing dark blue shorts. One man was bald and the other had a white towel on his head, according to the victim.

Police released security video images of two men seen crossing the street who they believe may know something about the carjacking.

Anyone with information can leave an anonymous tip with Crimeline at 1-800-423-TIPS.