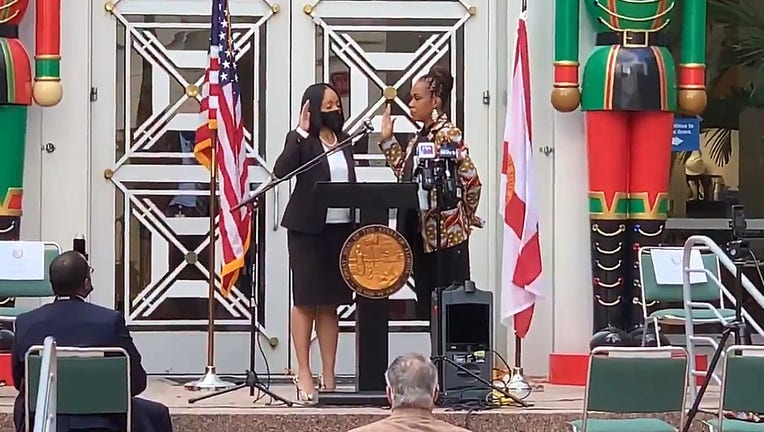 ORLANDO, Fla. - On Friday, Monique Worrell was sworn in as the new State Attorney for Orange and Osceola counties, replacing Aramis Ayala.

Worrell said the safety of residents is her primary concern and added that she believes in criminal justice reform.

Worrell said that, in Florida, the incarceration rate has increased by 300% since the 1970s and something needs to change. She said she plans to have her own review panel to determine if someone will face the death penalty.

"So we can make a determination that brings justice, fairness, equity, and equality to our community. Recognizing that here in the state of Florida we have the highest exoneration rate on death row in the country, so that means we have not gotten it right on many, many occasions. And that is not justice."

Worrell said the death penalty will be considered on a case by case basis because it is the only sentence that cannot be undone.