A Texas-style abortion ban is heading to the Oklahoma Governor's desk. Gov. Stitt is expected to sign it, and if so, it will immediately go into effect due to the bill's emergency provision.

OKLAHOMA CITY (AP) - The Oklahoma House gave final approval on Thursday to a Texas-style abortion ban that prohibits the procedure after about six weeks of pregnancy, before many women know they are pregnant.

The bill approved by the GOP-led House on a 68-12 vote without discussion or debate now heads to Republican Gov. Kevin Stitt, who is expected to sign it within days. The assault on abortion rights is one of several culture-war issues conservatives in GOP-led states have embraced, like restricting LGBTQ rights, that drive the party’s base in an election year.

"They’re all concerned about their elections coming up and making sure they have something they can put on a postcard to talk about," said Rep. Andy Fugate, D-Midwest City.

The abortion bill, dubbed the Oklahoma Heartbeat Act, prohibits abortions once cardiac activity can be detected in the embryo, which experts say is roughly six weeks into a pregnancy. A similar bill approved in Texas last year led to a dramatic reduction in the number of abortions performed in that state, sending many women seeking the procedure to Oklahoma and other surrounding states.

Although Stitt already signed a bill earlier this year to make performing an abortion a felony crime in Oklahoma, that measure is not set to take effect until later in the summer and might not withstand a legal challenge. 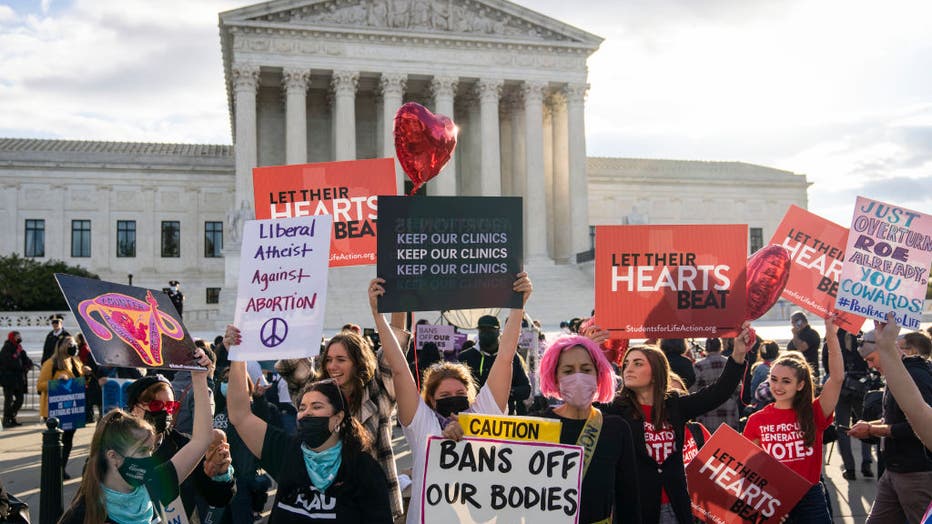 WASHINGTON, DC - NOVEMBER 01: Pro-choice and anti-abortion demonstrators rally outside the U.S. Supreme Court on November 01, 2021 in Washington, DC. On Monday, the Supreme Court is hearing arguments in a challenge to the controversial Texas abortion

Because the measure approved Thursday has an "emergency" provision, it takes effect immediately after the governor signs it, and abortion providers say will immediately end most abortions in Oklahoma.

A separate bill that uses the Texas-style enforcement mechanism to ban all abortions, not just after cardiac activity is detected, passed the Senate on Thursday and heads to the House for consideration. The bills are among more than a half-dozen anti-abortion measures introduced in the Legislature this year.

"We are more concerned at this point about these Texas-style bans because they have, at least recently, been able to continue and remain in effect," said Emily Wales, interim president and CEO at Planned Parenthood Great Plains, which operates two abortion clinics in Oklahoma. "We do intend to challenge those if they’re passed, but because of the emergency clause provisions, there would be at least some period of time when we could not offer care."

Like Texas, the bill allows private citizens to sue abortion providers or anyone who helps a woman obtain an abortion for up to $10,000, a mechanism that the U.S. Supreme Court has allowed to remain in place. Texas’ new law has led to a huge increase in the number of women from Texas seeking abortions in Oklahoma.

"We’re serving as many Texans as Oklahomans right now, in some cases more Texans than Oklahomans," Wales said. 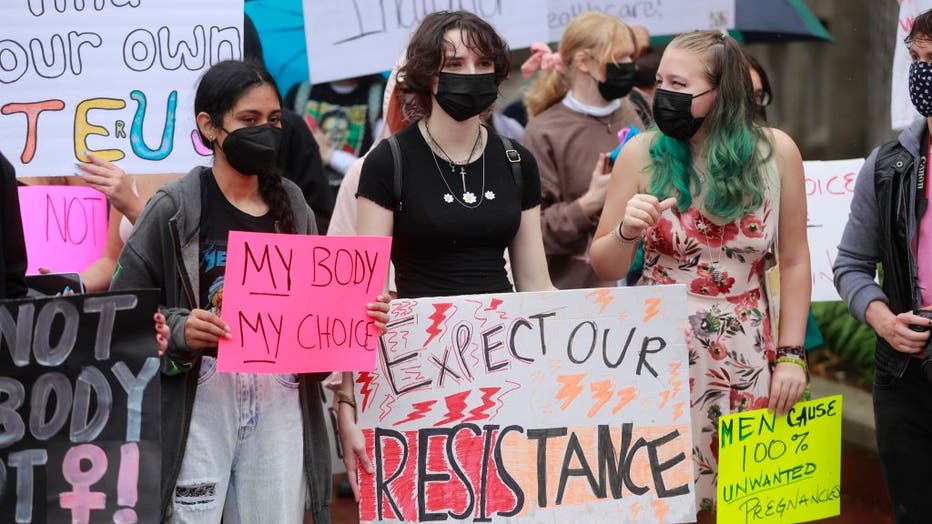 BLOOMINGTON, INDIANA, UNITED STATES - 2021/10/02: Demonstrators gather with placards expressing their opinion at the Sample Gates at Indiana University to rally in support of womens reproductive rights, in Bloomington. Women and their supporters rall

Before the Texas ban took effect last year, about 40 women from Texas had abortions performed in Oklahoma each month, according to data from the Oklahoma State Department of Health. That number jumped to 222 Texas women in September and 243 in October, the agency reported.

Tony Lauinger, the chairman of Oklahomans for Life and a longtime anti-abortion advocate in the state, said he’s optimistic the measure will be deemed constitutional.

"It’s identical to the bill that was enacted by the Texas Legislature last year, and that bill has passed muster with the United States Supreme Court," Lauinger said. "We are hopeful that this bill will save the lives of more unborn children here in Oklahoma as well."

This story has been corrected to indicate the bill targets cardiac activity in the embryo, not fetus.

More from The Associated Press