A young deer surprised staff when it turned up at an elementary school in Springfield, Tennessee, on Nov. 23. (Credit: Tennessee Wildlife Resources Agency via Storyful)

Oh, deer! Elementary school staff in Tennessee were surprised by a hooved intruder inside one of their classrooms on Nov. 23.

Video posted to the Tennessee Wildlife Resources Agency’s Facebook page showed a deer, which was identified as a whitetail buck, standing in the middle of a soiled classroom at Westside Elementary School in Springfield, Tennessee.

"So, how’s everyone else’s morning going today?" Officer Kaleb Stratton from the wildlife agency quipped as the deer stood next to some bookshelves. 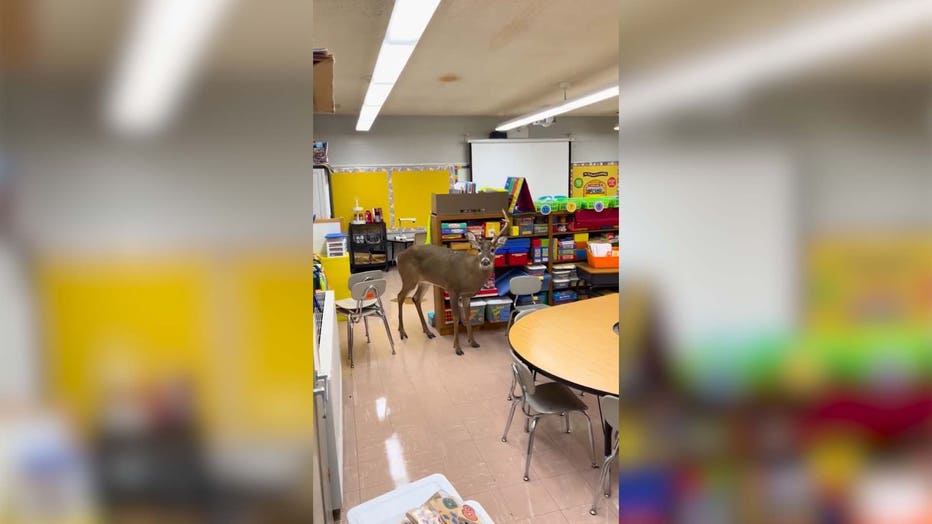 Still image taken from a video showing deer inside a Tennessee elementary classroom.

"Officer Kaleb Stratton was called to the school to remove the individual, who had apparently broken his way in through an emergency exit," the agency said on Facebook, adding that the buck "was in good spirits."

The deer was taken off campus before students realized they almost had a new classmate, according to the school.