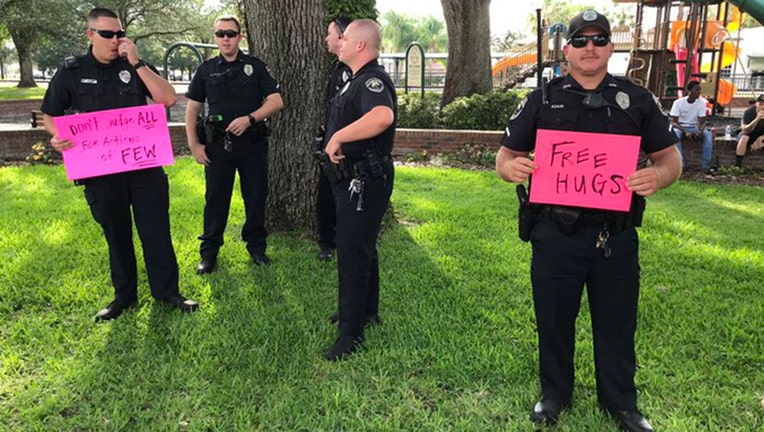 The protest was one of the thousands across the country as citizens mourn the death of George Floyd in Minneapolis, Minnesota.

Video of Floyd's death, while he was being taken into police custody, sparked outrage across the nation.

A curfew was put into place in Polk County after a weekend of what Polk County Sheriff Grady Judd called "ugliness," which included looters and people blocking traffic.

The scene in Auburndale Monday was much different, with several speakers addressing the crowd, expressing their frustrations with racial injustice and police brutality.