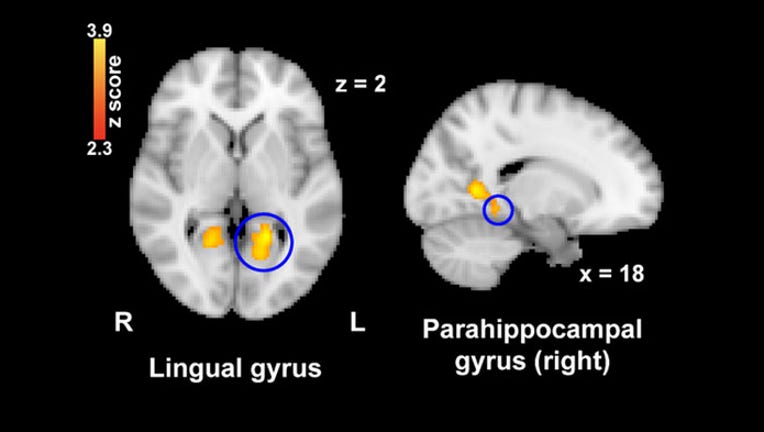 Looking at old childhood photos or reflecting on a fond memory appears to go beyond making one feel sentimental — it can also reduce one’s perception of pain, according to new research.

A study by researchers at the Chinese Academy of Sciences found that nostalgic feelings appear to reduce activity in pain-related areas of the brain and decrease subjective ratings of thermal pain.

The team measured the brain activity of adults with functional MRI (fMRI) while the participants rated the nostalgia levels of images and the pain level of thermal stimuli — heat on the forearm.

The nostalgic images featured scenes and items that corresponded to the participant’s childhood, like a popular candy, cartoon TV show and schoolyard game. For the control condition, participants were shown more recent, modern-day images.

RELATED: Get your fill of nostalgic TV classics on Tubi

Specifically, the nostalgic images were found to reduce activity in the left lingual gyrus and parahippocampal gyrus, two brain regions connected to pain perception, according to the study. They found that activity in the thalamus, a brain region involved in relaying information between the body and the cerebral cortex, was linked to both nostalgia and pain ratings.

The thalamus may integrate nostalgia information and transmit it downstream to pain pathways, according to a statement about the study. In other words, nostalgia could serve as a way to alleviate low levels of pain without taking over-the-counter drugs.

The study was linked to increased levels of pain — even after quitting.

"Nostalgia is known to reduce individuals’ perception of physical pain. The underlying brain mechanisms, however, are unclear," the study authors wrote. "Our study found that the thalamus plays a key role as a functional linkage between nostalgia and pain, suggesting a possible analgesic modulatory mechanism of nostalgia."

"These findings have implications for the underlying brain mechanisms of psychological analgesia," the authors concluded.

The study was published on March 1 in the journal JNeurosci.

The research was funded by the National Natural Science Foundation of China, the National Social Science Fund of China and the Magnetic Resonance Imaging Research Center at the Institute of Psychology, part of the Chinese Academy of Sciences.