LOS ANGELES - Night Angel became the last woman standing on FOX’s “The Masked Singer” after Jackie Evancho was revealed to be the Kitty.

After Wednesday night’s finale, she became the first woman to win the competition. And when her mask came off, she revealed herself to be singer, songwriter and producer Kandi Burruss.

“I am bringing this trophy home to my family, for my kids, my husband, my mom, OK? She’s going to be super excited,” Burruss said. “And you know what? I’m bringing it home for all the women out there.”

Despite her career in the music industry, Burruss told the panel she struggles with confidence while singing. Online feedback of her voice has weighed heavy on her heart, causing the contestant to question her talent.

“Naysayers would just be like, 'Oh, your voice is terrible,'” Burruss explained.

But thanks to “The Masked Singer,” her confidence has been restored.

“Now, I’ve proven to myself that what they’re saying is not true,” Burruss stressed, “ and I can get back to my passion. ”I’m going to do some more music and, you know, just have fun with it.“

The Turtle, later revealed to be singer and songwriter Jesse McCartney, went with "Before You Go" by Lewis Capaldi. He finished in second place.

Frog performed P, Diddy’s hit "Bad Boys for Life," a fitting hymn for rapper and actor Bow Wow to leave his mark with.

Even though those two didn’t make the final cut, Burruss had plenty of praise for her fellow finalists. From the very first time she saw Turtle perform, she knew the competition would not be a cakewalk.

As for Bow Wow, Burruss said she knew he donned the Frog costume from the very moment she heard him perform “Jump” by Kris Kross.

“I knew nobody would be able to rap that song like you,“ Burruss said. ”I know your voice, I knew who you were, I just wasn’t saying anything. Love you, but I had to get this (trophy).“

So committed to maintaining the secrecy of the show, Burruss even kicked her husband off the set. For most of the show, the Georgia native imitated a British accent during the speaking parts. 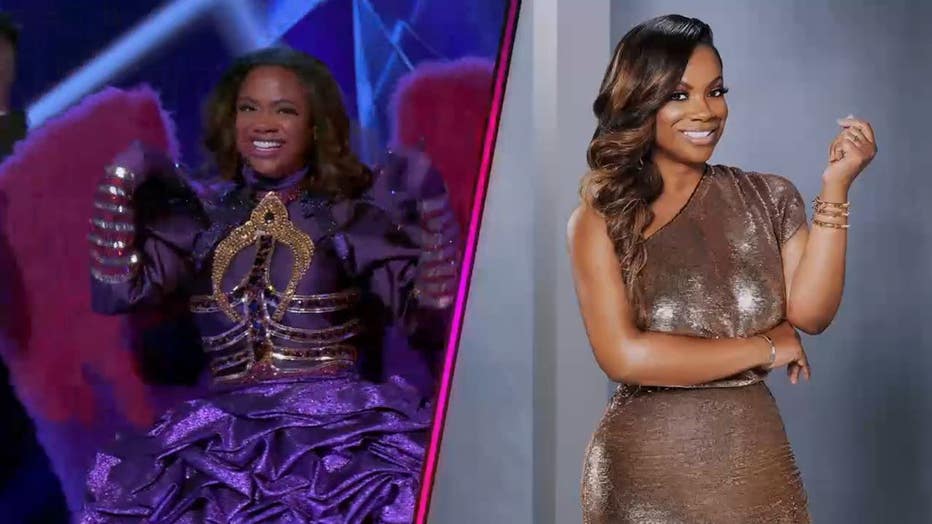 But in the finale, she just spoke from the heart when she told the panel that their positive words made her “feel so good.“

“I didn’t even try to fake the accent today,” Burruss said. “I just said, ‘Forget it.’ They’re going to figure out who I am by the end of this, so it doesn’t even matter. I know it’s terrible. Please, don’t judge me. I tried, I tried.“

Nicole Scherzinger thought Taraji P. Henson was the star behind the mask. Ken Jeong said it would be Tisha Campbell.

But Jenny McCarthy and Robin Thicke nailed it when the both guessed Burruss.