The new Express Lanes on Interstate 4 opened two weeks ago and so far, Florida Highway Patrol said fewer people are using the toll road than they anticipated.

ORLANDO, Fla. - The I-4 Express lanes opened two weeks ago and so far, Florida Highway Patrol said fewer people are using the toll road than they anticipated.

"We thought there would be more of a usage, but I think some people are not used to change and they’re used to the habit," said Lt. Kim Montes, a spokesperson for Florida Highway Patrol.

The toll roads charge people $0.50 per segment and allow drivers to pass the typical congestion between the theme park areas, downtown Orlando, and the northern cities and towns.

Lt. Montes said she thinks more people will use the express lanes once there is a major backup on I-4.

"So when we have our first possibly big crash on the mainline, I think people will realize there’s another option there," she said. 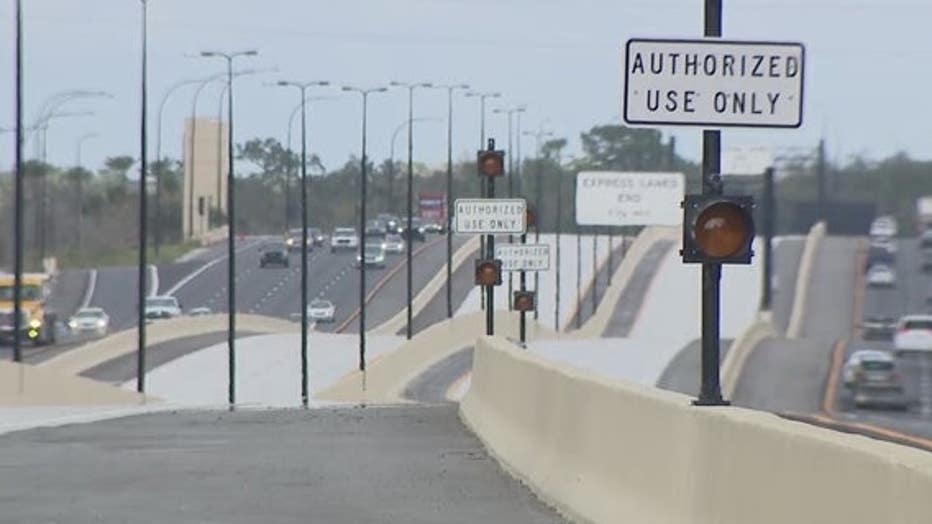 Drivers FOX 35 spoke to on Wednesday had a mix of reasons for not using the express lanes, from not knowing how they worked, to not thinking they're necessary, to wanting better signage for exits. One person we spoke to said they had used them.

There are large white and purple signs that alert people to the express lane exits and current toll fees.

"No, I have not," said Ralph Ruocco, when asked if he's used the express lanes. "I don't feel it's necessary."

Melissa Moskalik, who is visiting from out of town, said she didn't realize there were express lanes.

"I think they’re hesitant because it’s so new. It’s like do we use it or do we not," said Sara Crawford.

In the meantime, FHP troopers have been targeting speeders in the express lane. One driver was reportedly clocked at 131 mph. The speed limit is 60 mph.