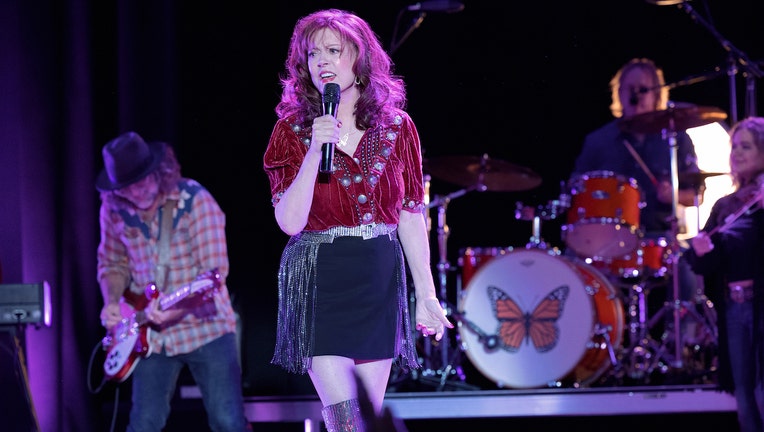 Chicago - Welcome back to "Monarch" recaps! In this week’s episode, "There Can Only Be One Queen," the Romans rally after a tragedy and two sisters battle it out to be the next queen of country music. Miss a week? You can read our recaps and watch On Demand, on FOXNow or on Hulu. This television station is owned by the FOX Corporation.

The Queen is dead. Long live the Queen(s). After last week’s drama-filled premiere, the second episode of "Monarch" gets one question out of the way real quick: Though Dottie Roman may be gone, Susan Sarandon is still very much a part of the "Monarch" universe via flashbacks, voiceover narration and even an honest-to-god hologram. And that’s fitting for an episode all about how Dottie’s influence lingers after her death — right down to planning her own star-studded, live-streamed funeral. Talk about going out with a bang.

"There Can Only Be One Queen" also casually reveals that "Monarch" takes place in an alternate universe where Dottie recorded some of country music’s most famous songs, including stealing "Man! I Feel Like A Woman" from Shania Twain, who pops up to play herself this week. It’s a fun, if slightly wacky idea, which basically sums up this episode as a whole. "There Can Only Be One Queen" may center on a funeral, but that doesn’t mean it’s all doom and gloom. After all, the best thing about being a woman is the prerogative to have a little fun.

Putting the fun in funeral 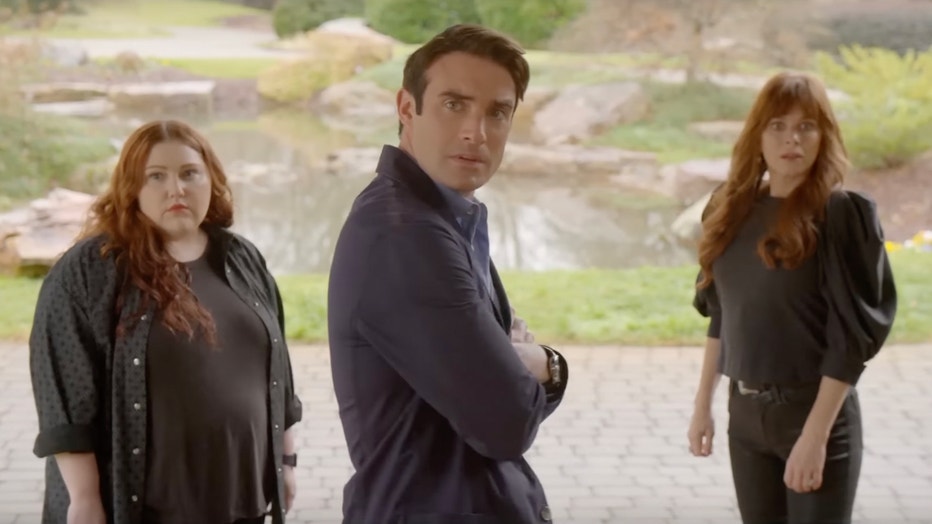 After last week’s cliffhanger, Dottie’s daughters Nicky (Anna Friel) and Gigi (Beth Ditto) actually manage to get on the same page fairly quickly. Yes, Gigi is still mad that Nicky helped their mom take her own life. But the Roman family bonds are strong. Plus the deed is done and there’s a funeral to pull together.

All things considered, things go surprisingly smoothly this week. Even a headline about Nicky being "the new queen of country" isn’t enough to drive the sisters apart — at least not yet. Still, "Monarch" is clearly planting seeds of tension for the future. As we see in a flashback to a concert from years ago, Dottie had a strange way of building up Nicky’s confidence only to tear her down. And while Nicky, Luke (Joshua Sasse) and Albie (Trace Adkins) are still devoted to Dottie’s memory, Gigi can see the truth a little more clearly. 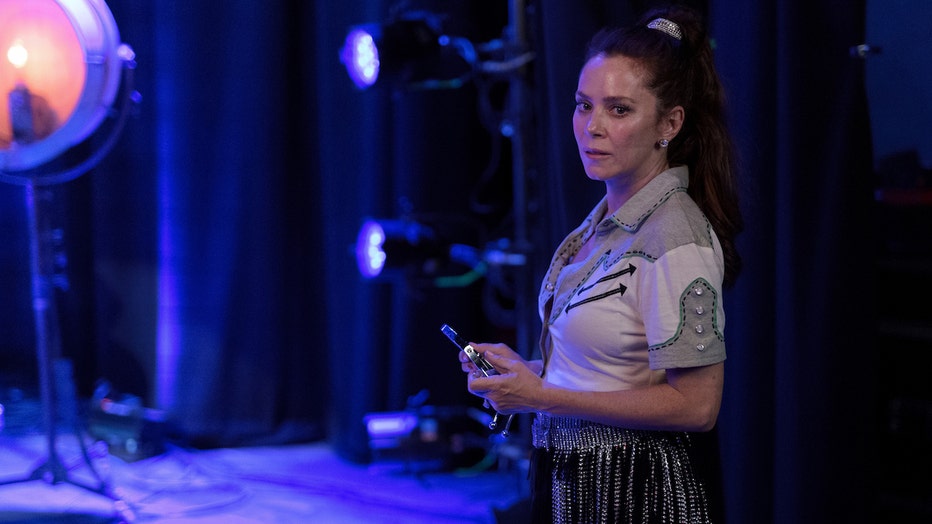 "I loved her, really, truly. But she knew. She knew what she did to us," Gigi explains as she recounts the years she was treated like a family pariah and sent to "fat camp" and "gay camp" (and then one summer, "a fat gay camp"). According to Gigi, Dottie toyed with Nicky’s emotions and purposefully pushed Luke and Albie apart. And the big funeral at the center of "There Can Only Be One Queen" makes a strong case that if Dottie was the queen of anything, it was the Queen of Petty.

WATCH FREE ON TUBI: "Shania Twain: Empowerment" — get the app

How else can you describe the way Dottie makes Shania Twain sing a random B-side flop and then upstages her younger sister Nellie (Faith Prince) with a surprise hologram duet? Dottie really is the ultimate country music diva and you can’t help but love her for it. At least if you’re anyone but Shania. Rounding out the band

"There Can Only Be One Queen" also gives us a better sense of the supporting players in the "Monarch" universe — and we’re not just talking about scene-stealing beautician Earl (Kevin Cahoon) and his admirable commitment to good angles. We also learn that Nellie is something of a cautionary tale for Gigi, a talented singer who spent her whole life living in her older sister’s shadow. Elsewhere, Gigi’s wife Kayla (Meagan Holder) continues to be a sweet woman who makes absolutely terrible decisions in carrying on her affair with Luke, which creates a moral conundrum for Nicky when she spots the two kissing.

"There Can Only Be One Queen" also introduces two brand new characters to the series too: A teenage viral music sensation named Ana Phoenix (Emma Milani) and her ambitious mom Catt (Martha Higareda), who is determined to get her daughter a music contract with Monarch. Looks like there’s another potential queen (or two) in town. 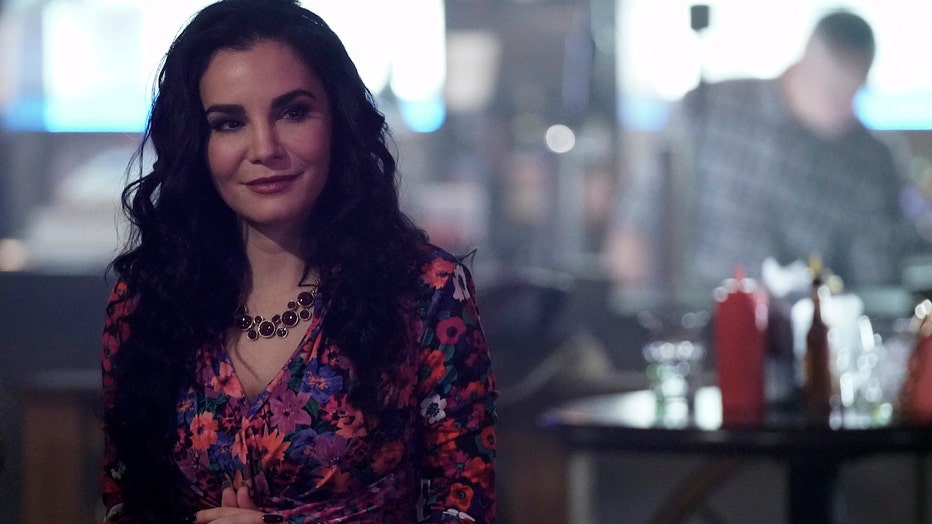 Speaking of talented teens, we also learn a little more about Nicky’s son Ace (Iñigo Pascual), who suffers from anxiety but has a sweet support system in his grandpa Albie. After a tense moment where it seems like Dottie’s funeral is heading off the rails, Albie and Ace save the day with an emotional performance of Ed Sheeran’s "Photograph," which gives Ace a chance to make his late grandma proud and helps the Romans start a new chapter of their lives.

Speculation corner: It’s all in the handwriting

Though Nicky and Gigi promise there will be no more secrets and lies between them, they don’t think to loop poor Luke into that pact — or share the truth about Dottie’s death with him. Instead, Luke spends most of this episode following his instinct that something is off about his mom’s death. And though his suspicions initially turn toward his father Albie (who doesn’t have a problem punching his son in the stomach for the accusation), Luke winds up using some Sherlock-level handwriting analysis to realize that Nicky is actually the one who was involved. Uh-oh.

WATCH FREE ON TUBI: Trace Adkins stars in "The Outsider" — get the app

Speaking of Albie, this episode also checks back in on his body-burying mystery from three months in the future. It turns out Nicky is somehow involved in that too. And when a cop shows up at the Roman family house asking questions, Albie seems ready to take a "shoot first, ask questions later" approach.

Best musical performance: A country twist on a rhythm and blues classic

Once again, there are no shortage of contenders for fun musical moments this week, from Dottie, Nicky and Albie’s delightful take on Shania Twain’s "Man! I Feel Like A Woman" to Dottie’s hologram hilariously upstaging Nellie from beyond the grave on the Judds’ "Love Can Build A Bridge." And there are emotional highlights too, including not only Albie and Ace’s duet on Ed Sheeran’s "Photograph" (what an unexpected song choice!), but also Nicky and Gigi harmonizing on a stripped-down version of the '"Monarch" main theme, "The Card You Gamble."

In the end though, we’re actually going to give this to one of the episode’s smaller musical moments: Wade Stellings (Callum Kerr) and his take on Bill Withers’ "Ain't No Sunshine," which sounds really great with a little extra country twang.

WATCH FREE ON TUBI: Bill Withers features in the documentary "Soul Power" — get the app

"The Dolly Parton Story: From Rags to Rhinestones " is streaming free on Tubi — get the app