Clinton Township's Chaos on Colman Street is a Halloween must-see

Take a drive down Colman Street in Clinton Township and you can’t miss it.

CLINTON TWP., Mich. (FOX 2) - Take a drive down Colman Street in Clinton Township and you can’t miss it.

"Kids love all the Halloween stuff whether it’s scary or not," said Brian Reetz.

Homeowner Joe Bemben is one of the homeowners of the large spooky display.

"From little to 100 years old, the smiles on their faces," said Bemben.

Of course, it didn’t start out like this seven years ago, it was a much smaller affair. But over the years it’s grown and evolved and now includes a total of five houses on Colman Street and if you think it’s scary during the day wait until you see it at night.

They call it chaos on Colman Street.

"Last year during the pandemic, we went a little bigger than normal and we saw the turnout," said homeowner Matt Gregory. "Hundreds of people every single night."

And then they saw the potential for something bigger than a cheap thrill.

"Someone is like we want to give donations, and we were like, we don’t take donations - this is for the public. We want you to come and enjoy it just as much as we do," Gregory said. "And then it all clicked." 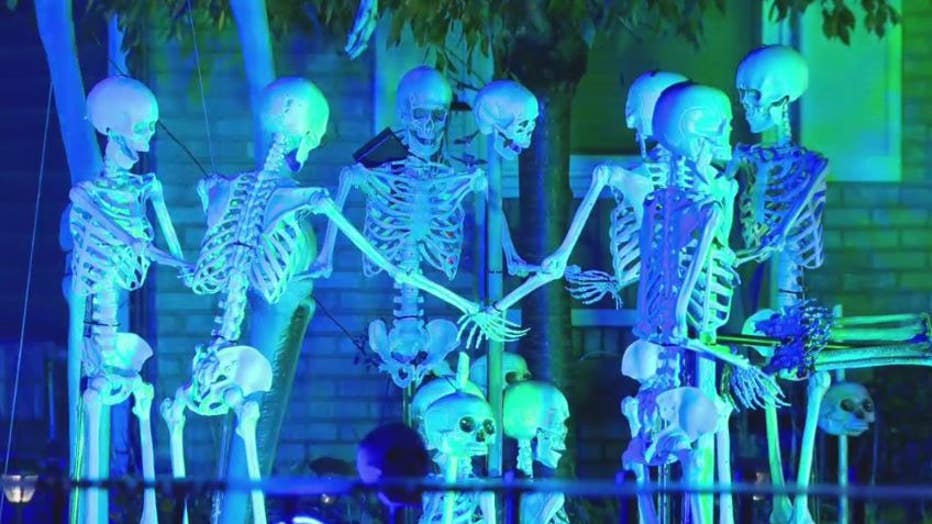 They went all in, putting the care in scare. It started by raising money and canned goods for Gleaners Food Bank.

And now they are working with another charity.

"We are also doing Crowns Against Cancer a good non-profit that helps kids with cancer," he said.

They have even carved up the way they go about their business for an event planned for Saturday.

"They are going to be out here dressed as Disney princesses and supporting a great cause," he said.

You can find more information on how to support their causes on their Facebook page Chaos on Colman Street. 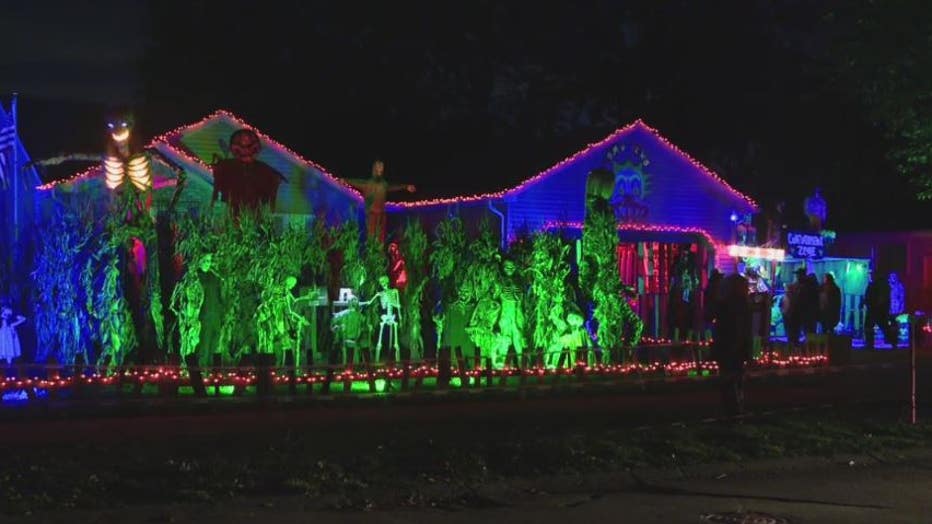