A K9 helped capture a burglary suspect when it jumped into the water after a suspect who was fleeing from deputies.

BRADENTON, Fla. - Robert BonAuito was arrested Friday morning after deputies say he burglarized a vehicle and led them on a chase that ended when a K9 dove into the water after him.

According to the Manatee County Sheriff’s Office, a suspicious person was seen on security cameras walking up to parked vehicles in what appeared to be an attempt to commit vehicle burglaries around 4:30 a.m.

Deputies called to the area said they saw the suspect on a bicycle. K9 units began searching for the subject who had ditched his bike and was now on foot in the Palma Sola area.

When the MCSO aviation unit spotted the suspect trying to hide in a backyard, he jumped into the water and started swimming between boat docks off Palma Sola Blvd and buoys out in the bay, deputies said.

Eventually, the suspect came back to shore where he was confronted by a K9 team. The suspect attempted to get away by going back into the water, but the K9 followed and engaged the suspect while in the water, according to MCSO. 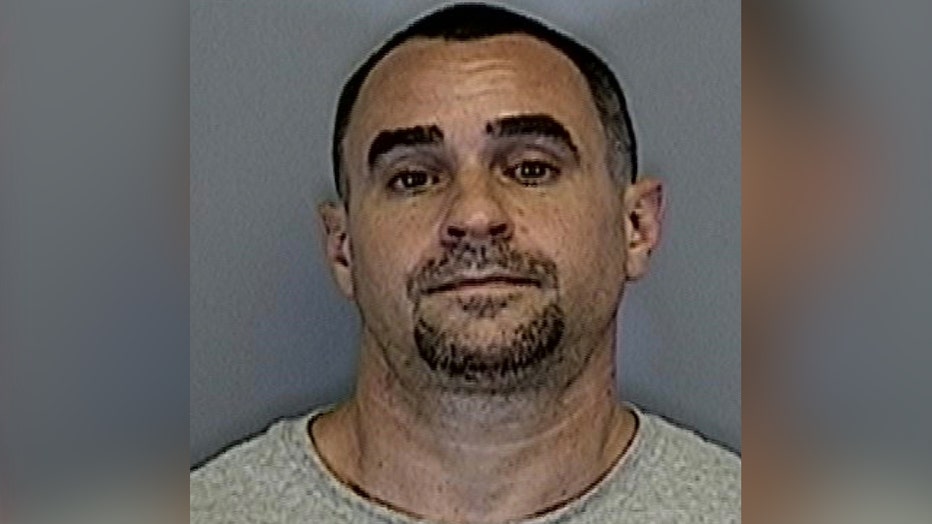 BonAuito was treated by EMS at the scene for bites on both arms and taken to Manatee Memorial Hospital.

According to MCSO, during the incident, BonAuito was seen entering a pool cage and a vehicle burglary was confirmed through property discarded during his flight from deputies.

BonAuito was later booked in the Manatee County Jail on charges of burglary, vehicle burglary, fleeing to elude, and obstruction.