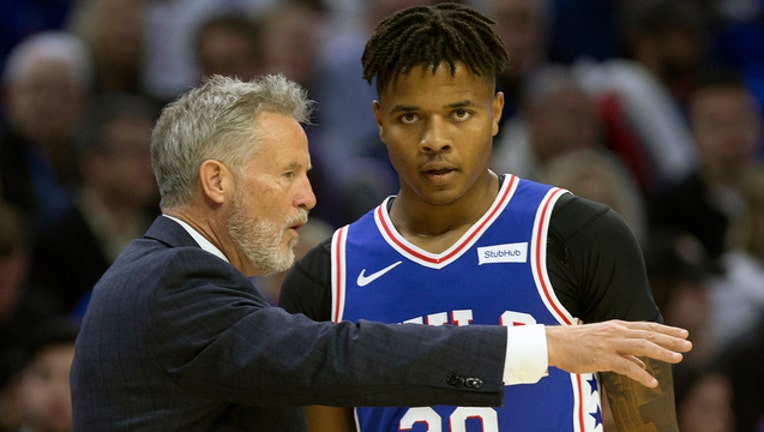 Head coach Brett Brown of the Philadelphia 76ers talks to Markelle Fultz No. 20 in the first quarter against the Chicago Bulls at Wells Fargo Center on October 18, 2018. (Photo by Mitchell Leff/Getty Images)

The Orlando Magic acquired Philadelphia 76ers guard Markelle Fultz shortly before the NBA trade deadline on Thursday.  In exchange, the Magic are sending first-round pick Jonathon Simmons to the 76ers.

“We are extremely excited to welcome Markelle to the Magic family,” said the Orlando Magic's President of Basketball Operations Jeff Weltman. “This is an incredible opportunity for us to add a former #1 overall draft pick to our roster and to add depth to our backcourt. We will provide Markelle with the best possible support at his own pace and look forward to his future contributions.”

Fultz played in just 33 games with the Sixers over two seasons that were plagued by injuries.  He averaged 7.7 points on 41.4-percent shooting from the floor, 3.4 rebounds and 3.4 assists.  He hasn’t played since Nov. 19 because of a shoulder issue.