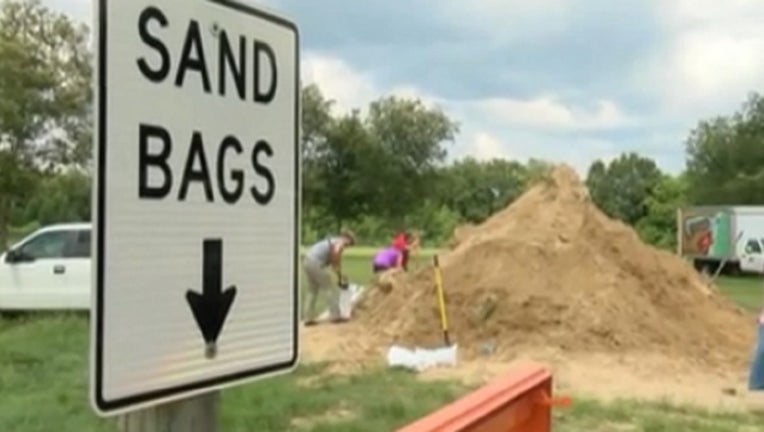 The Central Florida Red Cross has been deploying staff and volunteers for days, and it plans to send at least a dozen more.

They're now bracing for the worst.

The storm is already passing through parts of Louisiana, but volunteers and staff from Central Florida are bracing for a different kind of storm.

"We don't anticipate this is going to be as much of a wind and rain event as much as it's going to be a flooding event," said Central Florida Red Cross Space Coast Chapter Executive Director Rebecca DeLorenzo.

DeLorenzo flew to Louisiana on Thursday and is positioned farther west in Lafayette.

"It's been overcast and cloudy all day. The wind is starting to pick up now. It is raining and we are officially on lockdown as of 6 p.m. tonight," DeLorenzo said.

In Lafayette, crews have spent the past few days filling sandbags and preparing for Barry.

The Red Cross is getting ready to set up shelters, hand out meals and water and even offer counseling where needed over the next few days.

DeLorenzo is hoping by Sunday morning, she'll be able to get out and start working on that, but that may be wishful thinking.

For now, she waits as the storm hovers over Louisiana. "We don't want to put any volunteers or any of our workforce in any dangerous locations," said DeLorenzo.

She says 14 more volunteers from Central Florida are on standby, ready to fly out Monday and Tuesday to help.

Red Cross volunteers and staff will rotate on two or three-week shifts until Louisiana's in better shape.