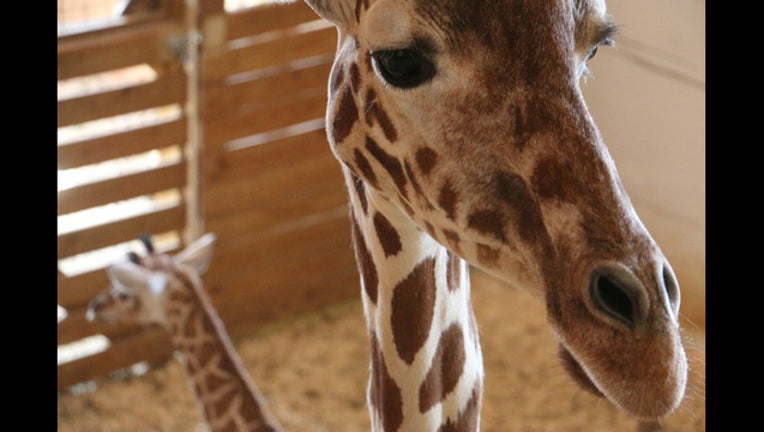 BOSTON (AP) - A giant Lego giraffe is being renamed to honor a giraffe-loving Massachusetts boy who died last month.

Legoland Discovery Center Boston says the giraffe outside its headquarters, built with 22,000 of the company's Duplo bricks, will be named in honor of Gio Maggiore.

Gio, a 6-year-old from Medford, died April 10 of a congenital heart disease. His mother said he had a giraffe pacifier, giraffe stuffed animals, even a giraffe costume. In the days before he died, he spent much of his time watching the popular livestream of the pregnant giraffe, April, waiting for her to give birth at a New York zoo.

The name Gio was among the finalists for April's calf, but it was ultimately named Tajiri.

The Lego giraffe will be renamed in a May 31 ceremony.