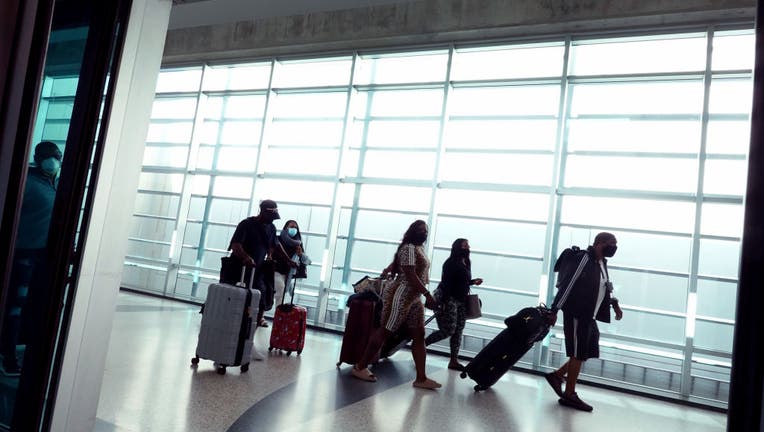 MIAMI, FLORIDA - SEPTEMBER 03: Travelers make their way through the Miami International Airport before starting the Labor Day weekend on September 03, 2021 in Miami, Florida. The Centers for Disease Control and Prevention recommended that people unva

For the first time since COVID-19 brought air travel to a standstill, the number of people streaming through U.S. airport-security checkpoints over a holiday weekend exceeded pre-pandemic levels.

The summer travel season ended on a busy note as more than 8.7 million people passed through security in the last four days, topping the Labor Day weekend of 2019.

That is a first for a holiday weekend, the Transportation Security Administration said Tuesday.

The busiest day was Friday, when TSA screened 2.48 million travelers.

After a problem-plagued start to the summer, travelers encountered relatively few disruptions.

Teen pilot wants to fly solo around the world

Mack Rutherford talks with FOX Television Stations about his hope of becoming the youngest pilot to fly solo around the world.

Airlines canceled about 640 U.S. flights between Friday and Monday, 0.6% of the total, according to tracking service FlightAware. That’s less than one-third the cancellation rate between June 1 and Labor Day. Delays were down too.

TSA said screeners found 67 guns in passenger bags between Friday and Monday – very close to the average of 17.3 per day this year. The agency said if that rate continues, 2022 will break last year’s record of 5,972 guns discovered at checkpoints.