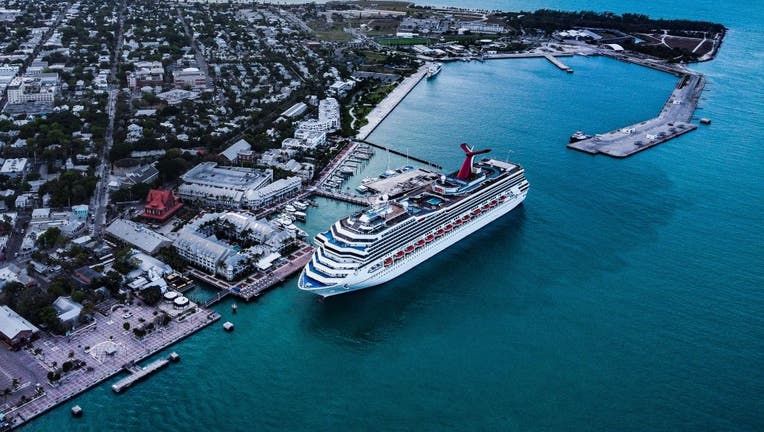 This aerial view shows water pollution as the Carnival Dream cruise ship is docked at Port B in Key West, Florida, on April 12, 2022. - The island-city of Key West off the southern tip of Florida invites visitors to stroll slowly, enjoy turquoise wat

"As of 6 a.m., the runway at Key West International Airport has been repaired and inspected. Airport operations are set to resume on time today," the airport said Tuesday morning in an updated Facebook post.

Travelers whose flights were impacted should contact their airline directly for flight changes, the airport said.

On Monday afternoon, the airport said it closed due to a small section of asphalt failure on the runway, according to officials. Inbound and outbound flights for four airlines – United, Silver Airways, Delta, and American Airlines – were postponed.

"Repairs are scheduled to begin tonight [Monday], and it is expected that Airport operations will resume at 6 a.m. tomorrow," said Richard Strickland, Director of Airports for Monroe County.

In total, six major airlines fly into the island's one and only commercial airport, with direct flights from 24 cities.