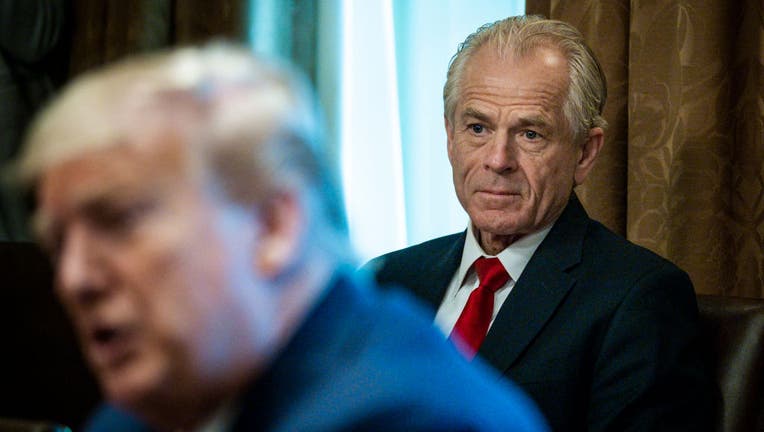 Director of the National Trade Council Peter Navarro looks on as President Donald Trump meets with supply chain distributors in reference to the COVID-19 coronavirus pandemic, in the Cabinet Room in the West Wing at the White House on Sunday, March 2 (Photo by Pete Marovich-Pool/Getty Images)

WASHINGTON - The House committee investigating the Jan. 6 attack on the U.S. Capitol voted unanimously Monday night to hold former Trump advisers Peter Navarro and Dan Scavino in contempt of Congress for their monthslong refusal to comply with subpoenas.

The committee made their case that Navarro, former President Donald Trump's trade adviser, and Scavino, a White House communications aide under Trump, have been uncooperative in the congressional probe into the deadly 2021 insurrection  and as a result, are in contempt.

"They're not fooling anybody. They are obligated to comply with our investigation. They have refused to do so. And that's a crime," Mississippi Rep. Bennie Thompson, the committee's Democratic chairman, said in his opening remarks.

The recommendation of criminal charges now goes to the full House, where it is likely to be approved by the Democratic-majority chamber. Approval there would then send the charges to the Justice Department, which has the final say on prosecution.

At Monday's meeting, lawmakers made yet another appeal to Attorney General Merrick Garland, who has not yet made a decision to pursue the contempt charges the House set forward in December on former White House chief of staff Mark Meadows.

"We are upholding our responsibility," Rep. Adam Schiff, a member of the committee, said in his remarks. "The Department of Justice must do the same." 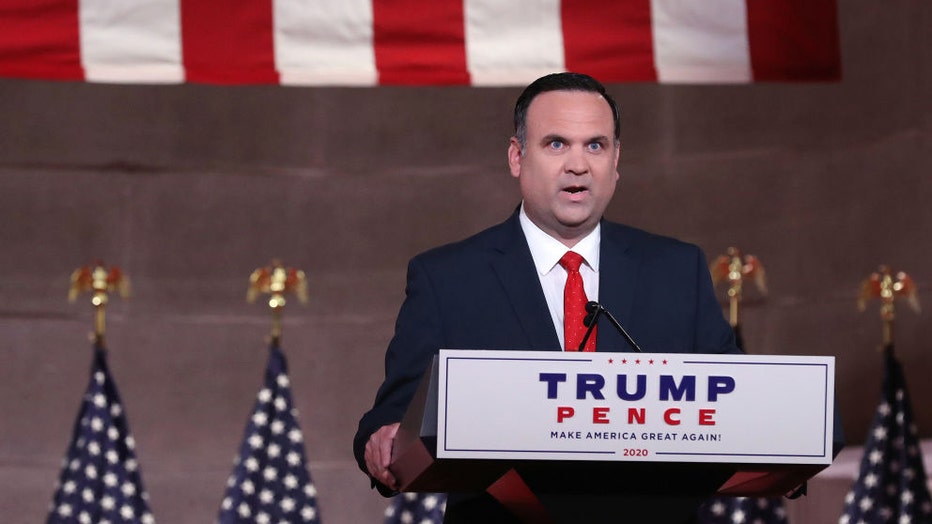 The committee is investigating the circumstances surrounding Jan. 6, when pro-Trump rioters stormed the Capitol, fueled by his false claims of a stolen election, in hopes of blocking Congress from certifying election results showing Democrat Joe Biden defeated Trump.

Ahead of the committee's vote, the panel scored a big legal victory in its quest for information from Trump lawyer John Eastman when a federal judge in California asserted Monday morning that it is "more likely than not" that Trump committed crimes in his attempt to stop the certification of the 2020 election.

With that argument, U.S. District Court Judge David Carter, a Clinton appointee, ordered the release of more than 100 emails from Eastman to the committee.

Charles Burnham, an attorney representing Eastman, said in a statement Monday that his client has a responsibility to his attorney-client privilege and his lawsuit against the committee "seeks to fulfill this responsibility."

Navarro, 72, was subpoenaed  for his testimony in early February. The panel wants to question the Trump ally who promoted false claims of voter fraud in the 2020 election that the committee believes contributed to the attack.

"He hasn't been shy about his role in efforts to overturn the results of the 2020 election and has even discussed the former President's support for those plans," Thompson, the committee's Democratic chairman, said in a statement at the time.

Though Navarro sought to use executive privilege to avoid cooperation, the Biden administration has denied claims from him, Scavino and former national security adviser Michael Flynn, saying an assertion of executive privilege was not justified or in the national interest.

In a subpoena issued to Scavino last fall, the committee cited reports that he was with Trump the day before the attack during a discussion about how to persuade members of Congress not to certify the election for Biden and with Trump again the day of the attack and may have "materials relevant to his videotaping and tweeting" messages that day.

In the recent report, the committee said it also has reason to believe that due to the 46-year-old's online presence, Scavino may have had advance warning about the potential for violence on Jan. 6.

Scavino and his counsel have received at least half a dozen extensions to comply with the subpoena, according to the committee.

"Despite all these extensions, to date, Mr. Scavino has not produced a single document, nor has he appeared for testimony," the report stated.

A lawyer for Scavino did not return messages seeking comment.

As the committee enforces its subpoena power, it is also continuing to branch out to others in Trump's orbit. Lawmakers now plan to reach out to Virginia Thomas -- known as Ginni -- the wife of Supreme Court Justice Clarence Thomas, in regards to her reported text messages with former White House Chief of Staff Mark Meadows on the day of the attack, according to two people familiar with the investigation who were granted anonymity to discuss the panel's private deliberations.

But the panel has not decided what their outreach to Thomas, a conservative activist, will look like and whether that will come in the form of a subpoena or a voluntary request to cooperate.

Also later this week, the committee plans to interview former Trump adviser and son-in-law Jared Kushner, one of the people said.

The committee previously voted to recommend contempt charges against longtime Trump ally Steve Bannon after he defied a congressional subpoena, as well as against Meadows after he ceased cooperating with the panel. The full House then approved both contempt referrals.

The central facts of the Jan. 6 insurrection are known but what the committee is hoping to do is fill in the remaining gaps about the attack on the Capitol, and lawmakers say they are committed to presenting a full accounting to make sure it never happens again.

The panel is looking into every aspect of the riot, including what Trump himself was doing while it unfolded and any connections between the White House and the rioters who broke into the Capitol building.