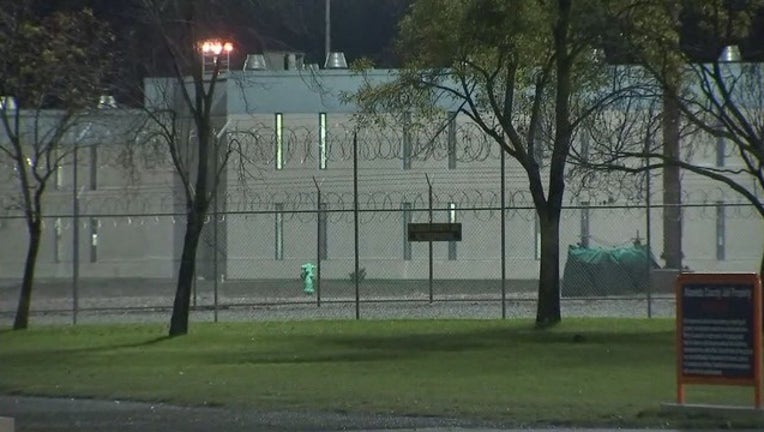 DUBLIN, Calif. - Two men who were released from jails in California because of the coronavirus outbreak were rearrested and accused of committing crimes shortly after being freed, authorities said.

Rocky Lee Music, 32, was charged Wednesday with carjacking a motorist Sunday night about 40 minutes after he was released from Santa Rita Jail in Dublin, Alameda County authorities said.

That jail has seen 16 inmates test positive for COVID-19, the Sheriff’s Office reported.

Also Wednesday, Owen Aguilar, 27, of Selma in central California was charged with setting nine fires less than a week after his release from the Fresno County Jail.

It wasn’t immediately clear whether Music or Aguilar had attorneys.

Thousands of inmates have been released from county jails throughout California under an April 13 emergency order by the state Judicial Council cutting bail to zero for those charged with low-level offenses. The order aimed to combat the potential spread of the coronavirus within packed lockups.

Other inmates have had weeks or months shaved off their release dates to reduce jail populations.

In general, only those suspected of serious or violent crimes currently are being charged and held at jails.

The judicial order is expected to continue for 90 days after Gov. Gavin Newsom lifts a statewide stay-at-home order.

While some prosecutors and sheriffs say the order is a limited and proper approach to dealing with COVID-19, others have expressed concerns that potentially dangerous people are being allowed back on the streets.

Music is accused of stealing a Toyota Prius Sunday night from a man in Dublin a short distance from the Santa Rita Jail near a BART station, driving it to San Ramon, abandoning it and trying to carjack another victim. He ran and was arrested with help from a police dog, authorities said.

Music had first been arrested a dozen hours earlier in Oakland on suspicion of car theft but after being taken to the jail for processing he was cited and released on zero bail.

Aguilar was charged with starting nine fires on April 16, including torching a tent occupied by a homeless man, several commercial dumpsters and a shopping cart, which caused a fire that spread to some brush and debris, authorities said.

Aguilar had been facing a charge of felony animal cruelty when he was released from jail on April 10, the Fresno County district attorney’s office said.

If convicted on felony arson charges, he could face nearly 46 years in state prison.

Early this month, a man charged with a series of school burglaries in Fremont was released without bail, then rearrested and accused of another spate of crimes in Santa Clara County that included stealing 23 cars from a San Jose car rental agency with the help of three other people, police said. All four were arrested on April 16, booked and then released on zero bail, authorities said.

Others have been rearrested on accusations ranging from indecent exposure to burglary.