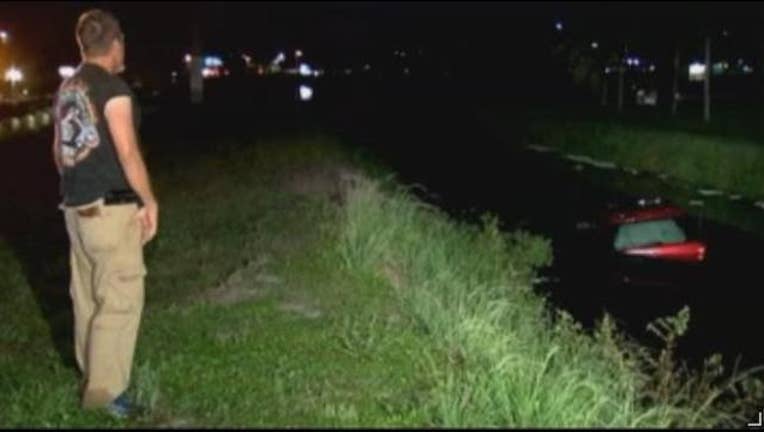 LAKE WORTH, Fla. (WOFL FOX 35 ORLANDO) - A group of homeless men are being hailed as heroes after they jumped to the rescue of a family whose car was sinking in a canal.

The Lake Worth mother was driving with her three children on Saturday night when it happened: she lost control, going through a guard rail and plunging into a canal.

Chris Schuddekopf, along with other homeless people who stayed at nearby John Prince Park, saw the whole thing happen. They didn't hesitate to jump into action, pulling each child and the mother out of the sinking car.

Schuddekopf considers it a part of anybody's civic duties. He says, "We're here to save. It says on our drivers’ licenses, we're supposed to help anytime there is an accident. We're here. We're citizens of Palm Beach County."

The family is expected to recover from their ordeal. The cause of that crash is under investigation.