A Florida dog owner says her home security camera captured video of a UPS driver dropping a box on top of her pet. The heavy package contained a wheelchair, she said.

MIAMI - A South Florida dog owner says her home security camera captured the disturbing moment when a delivery driver dropped a heavy box on top of her dog.

The woman did not want to be identified, but said she was disturbed by what she saw when she watched the footage.

The incident happened around noon Wednesday at her home in Miami-Dade County. She told WSVN she was watching her surveillance video when she saw a UPS driver throwing her package over her fence, where it landed on her German shepherd.

"He saw that the dog was there, and he decided that he was still going to throw it, which you could see in the video he clearly saw what he was doing," the owner said. 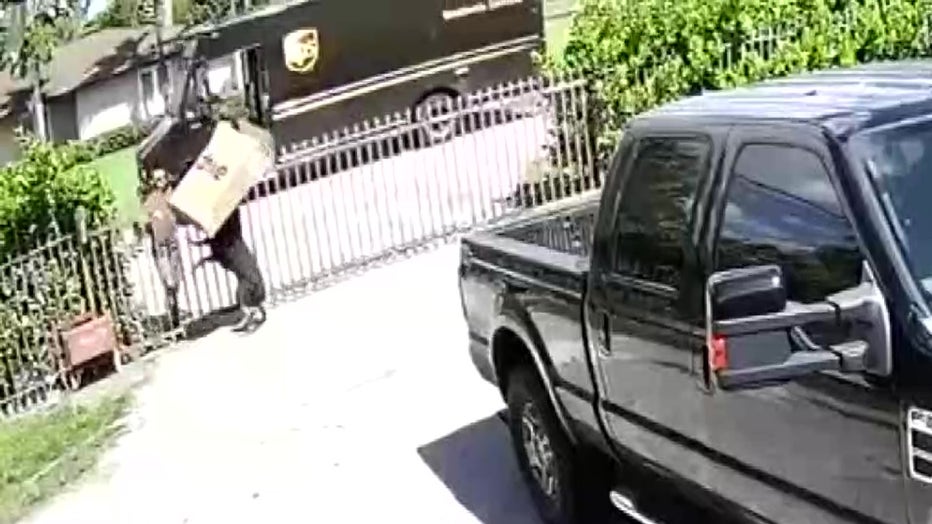 She said the hefty, half-opened package contained a wheelchair.

RELATED: Dog who survived being set on fire becomes therapy dog for victims of abuse

She told WSVN she wouldn't have known what had happened to her dog if she didn't think to check the security camera.

The owner said she checked her dog over, and the German shepherd appears to be OK.

"I would have appreciated him apologizing once he did see me come outside, and that’s what I think has me a little bit more upset, that he didn’t have a heart to even tell me, ‘Hey, look, this fell on your dog. I apologize, I’m sorry.'" 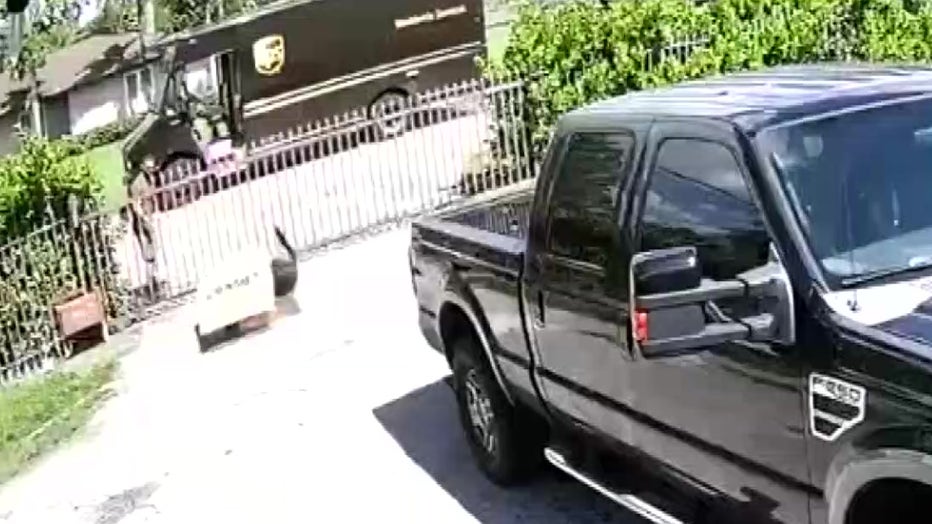 She said previous delivery drivers have left heavy packages on the outside of the fence.

"If it’s something heavy that you have a hard time picking up to throw over, at that point, leave it there like they’ve done, and we’ll pick it up," she said.

The owner contacted UPS to file a complaint. The company sent a statement to WSVN, saying in part, "UPS employees receive regular training on the company’s methods to safely deliver packages, and unprofessional behavior is not tolerated."

UPS also sent two employees to the woman's house to apologize in person, she said, telling her that they were taking the driver off the road.

"I really do appreciate what they do on a day-to-day basis, but again, common sense," said the dog’s owner. "It’s literally just common sense and having compassion for an animal, which he did not have."

UPS told WSVN they are still investigating the incident.