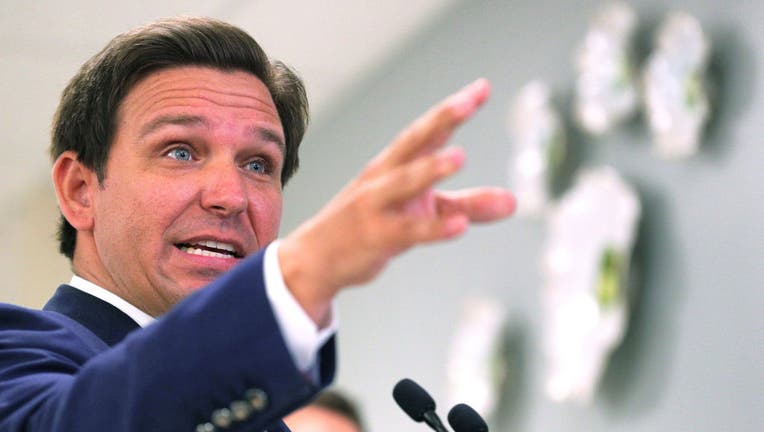 DeSantis, who is running for reelection and considered a potential 2024 GOP presidential candidate, made voting legislation a focus this year, pushing the Republican-controlled Legislature to create the policing unit in a speech where he referenced unspecified cases of voter fraud, which have become popular talking points in his party.

Voter fraud is rare, typically occurs in isolated instances and is generally detected. An Associated Press investigation  of the 2020 presidential election found fewer than 475 potential cases of voter fraud out of 25.5 million ballots cast in the six states where Trump and his allies disputed his loss to President Joe Biden.

A lawsuit filed against the controversial Stop the Wrongs To Our Kids and Employees Act. That is also known as the 'Stop Woke Act.' Governor Ron DeSantis signed that into law last week.

ends it to governor

Republicans nationwide have stressed the need to restore public confidence in elections and have passed several voting laws in the past two years aimed at placing new rules around mail and early voting methods that were popular in 2020 as the coronavirus pandemic disrupted in-person voting.

Florida's new law, which critics have deemed as politically motivated and unnecessary, comes after DeSantis praised the state's 2020 election as smooth but later suggested more rules were needed.

Existing state law allowed the governor to appoint officers to investigate violations of election law but did not require him to do so.

The law also increases penalties for the collection of completed ballots by a third party, often referred to as ballot harvesting, to a felony. It raises fines for certain election law violations and requires that election supervisors perform voter list maintenance on a more frequent basis.

Democrats, the minority party in the state Legislature, have criticized the bill as a way for DeSantis to appeal to Republican voters who believe the 2020 election results were fraudulent while he flirts with a presidential run of his own.

Late last month, a federal judge struck down portions of a sweeping election law passed last year in a blistering ruling that alleged the state's Republican-dominated government was suppressing Black voters, and ordered that attempts to write similar new laws in the next decade must have court approval.

U.S. District Judge Mark Walker overturned a provision of last year's law limiting when people could use a drop box to submit their ballot, along with a section prohibiting anyone from engaging with people waiting to vote. He also blocked a section that placed new rules on groups that register voters, including one requiring that people working to register voters submit their names and permanent addresses to the state.

The DeSantis administration is working to reverse Walker's ruling.