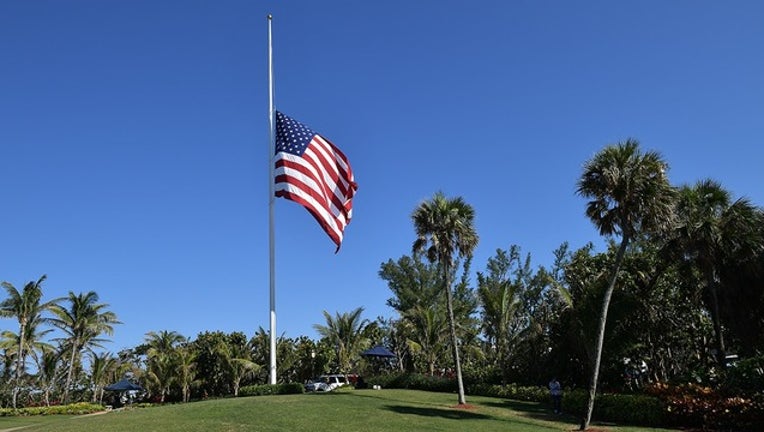 TALLAHASSEE, Fla. (FOX 35 ORLANDO) - Governor Ron DeSantis has ordered flags across Florida to be flown at half-staff in honor and remembrance of those killed in two shootings in El Paso, Texas and Dayton, Ohio this weekend.

A memorandum released on Sunday stated the following from the Governor:

"In honor and remembrance of the victims of the senseless acts of violence in El Paso, Texas and Dayton, Ohio on August 3, 2019, I hereby direct the flags of the United States and the State of Florida to be flown at half-staff at all local and state buildings, installations, and grounds throughout the State of Florida.  The flags shall be lowered immediately and remain at half-staff until the expiration of President Donald J. Trump’s national directive at sunset on Thursday, August 8, 2019."

The memorandum also included a statement from Governor DeSantis. he said that "as our nation mourns the tragic and senseless loss of life in El Paso, Texas and Dayton, Ohio, we reaffirm that these acts of violence are not representative of who we are as a nation."

He went on to say that "Florida stands committed to do all that is necessary to support law enforcement efforts for the safety and security of our residents and visitors. May we pray for those who grieve and remember always that we are a resilient nation.”

President Donald J. Trump has also ordered flags to fly at half-staff in remembrance of the two mass shootings victims. A proclamation released by the White House on Sunday says the nation shares "in the pain and suffering of all those who were injured in these two senseless attacks."

The first attack Saturday at a shopping area in El Paso, Texas, killed at least 20 people. That was followed by another shooting in a nightlife district in Dayton, Ohio, which claimed nine lives.