A good Samaritan helped a man injured in a motorcycle crash and now the two strangers have formed a lasting bond.

ORLANDO, Fla. - A good Samaritan helped a man injured in a motorcycle crash and now the two strangers have formed a lasting bond.

He said something went wrong with his brakes.

"I hit that guardrail and I was stuck," Jeremy White said.

Good Samaritan Russell Freels said, "And I pulled over, slammed my brakes and ran over."

"He was standing over top of me explaining, 'Hey man, you've been in a bad bike wreck,'" White said.

Freels said White's arm was hanging on by his skin and he was bleeding out, so he grabbed clothes from his truck. 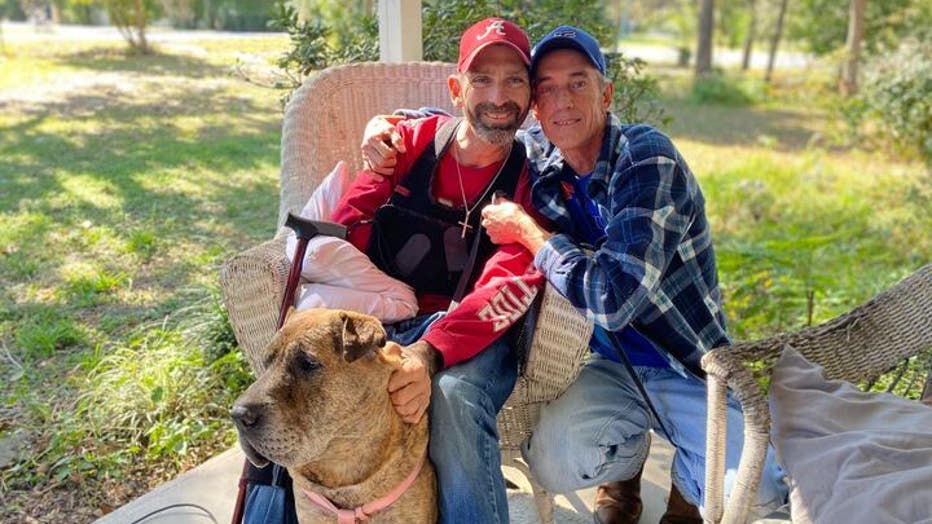 "I just put the packing in his arm, kept talking to him, trying to slow the bleeding down because I couldn't stop it," Freels said.

"I remember telling him, 'Leave me alone. I just want to go to sleep,'" White said.

When first responders arrived, they told Freels that his efforts saved White's life.

"He doesn’t want to be a hero, but I believe there’s guardian angels riding around and I met mine," White said.

White was badly hurt in the crash and was in the hospital for eight days.

Since he was released this week, the two have been inseparable.

They now hope to get the message out that if someone is in trouble, you should help them.

White has a long road to recovery and more surgeries to go. Plus, he needs a new knee brace.

The family has set up a GoFundMe page to help with medical expenses.