MARIETTA, Ga. - Back in the WellStar Kennestone Hospital ICU in Marietta, this time just for a visit, Cristen Reagan's voice is still raspy from a lung scare the 37-year old says she almost didn't survive. 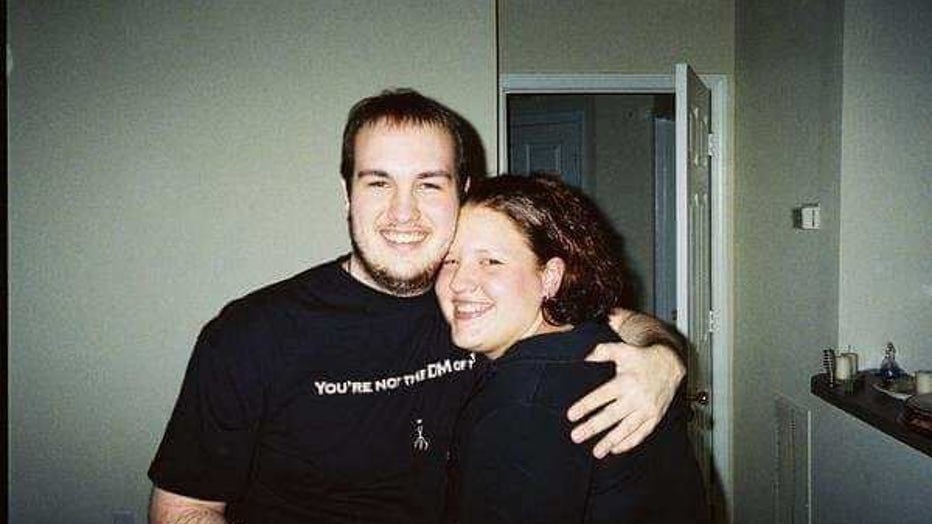 Cristen Reagan of Canton, Georgia, spent 10 days in an ICU after experiencing acute respiratory failure she believes may have been linked to years of smoking and vaping. (Cristen Reagan photo)

She ended up being airlifted from another hospital to WellStar Kennestone Hospital in Marietta, Georgia, placed on a kind of artificial lung machine known as ECMO, which stands for extracorporeal membrane oxygenation.

It's used to provide life support to patients with respiratory and cardiac failure, whose lungs and heart can no longer function on their own.

WellStar Medical Director of Critical Care and ECMO Dr. Asif Saberi says Reagan was so sick when she arrived, they had to move quickly.

"Her oxygen levels we critically low when she arrived, so low that we didn't have time to even talk to her family to get permission to do this," Saberi says. "We feared she would die without being put on ECMO." 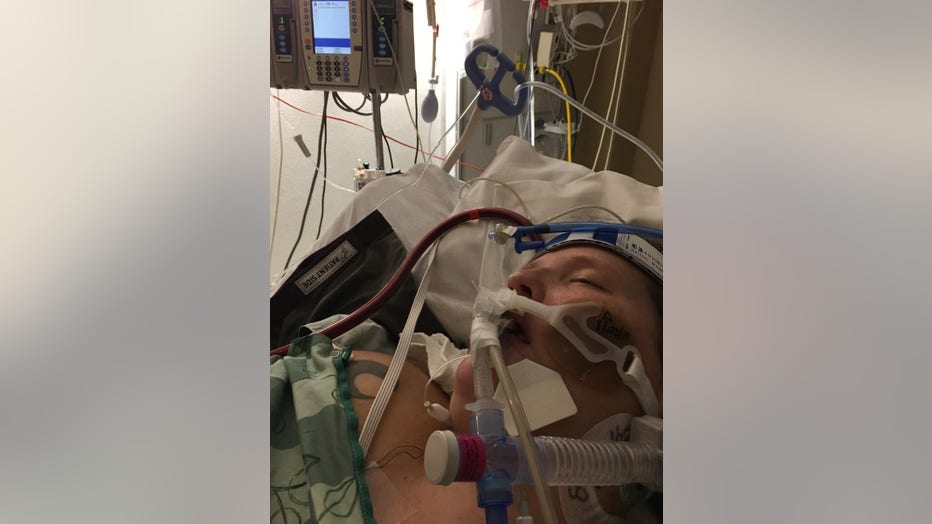 After smoking for 15 years, then quitting for seven, Reagan says, she went back to smoking.

She says she vaped products with both nicotine and CBD that she purchased at a local vaping store.

Then, in June of 2019, struggling with longtime asthma problems, Reagan quit vaping.

But, she says, her breathing problems persisted.

"Then, I got strep throat for two weeks, and I ended up in the hospital," she remembers.

Now, her lung function was going into a kind of freefall, and no one knew why.

"She had not vaped for almost two months," Dr. Saberi says.  "She had been vaping for about six months but had not touched her device for about two months. But, she does have a history of asthma."

Now, with fluid quickly backing up in her lung tissue, Reagan was sedated, and placed on a ventilator and ECMO.

Saberi says it works like an artificial lung, doing the job Reagan's lungs could no longer do. 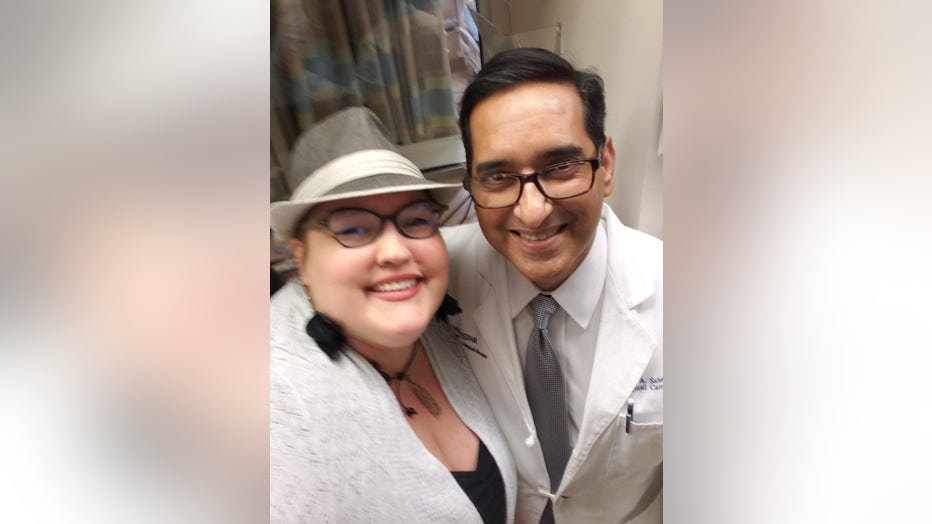 "So, now you have lungs that are completely filled," he says.  "The air-filled sacs are filled with inflammatory fluid and cannot participate in gas exchange, in providing oxygen to the body and getting rid of carbon dioxide."

Reagan spent four and half days on ECMO.

Saberi says ECMO cannot treat lung damage, but it can take over the workload of the lungs, buying them time to heal.

Reagan has no memory of her time on the machine.

"I'm staying away from everything, because I don't ever want to go through that again."

"I was shocked when I saw the photo, of me with the ECMO," she says. "It was crazy. Like, this machine that circulates your blood and oxygenates it. It's really amazing. I'm very, very, very fortunate and blessed that I was able to come to a hospital that actually had it."

And Reagan says her days of smoking and vaping are over.

"I'm staying away from everything, because I don't ever want to go through that again," she says. "Don't do any of that stuff. Just don't."