A Central Florida man has been arrested after deputies say he intentionally ran over his family.

DELAND, Fla. - Two children and their mother were injured when deputies say they were deliberately struck by the family’s car, being driven by the mother’s boyfriend, at a DeLand gas station Thursday afternoon.

Nicholas Shaw, 29, has been arrested.

According to the Volusia County Sheriff's Office, the family stopped at a BP gas station on E. New York Ave. while returning to their home in Stuart. The children’s 30-year-old mother told deputies she and Shaw had been arguing and the argument continued at the gas station.

The woman was reportedly holding her 3-year-old daughter and her 10-year-old daughter stood next to her. As she was trying to get her infant son out of the vehicle, Shaw allegedly yelled, "You’re not going to take my son." 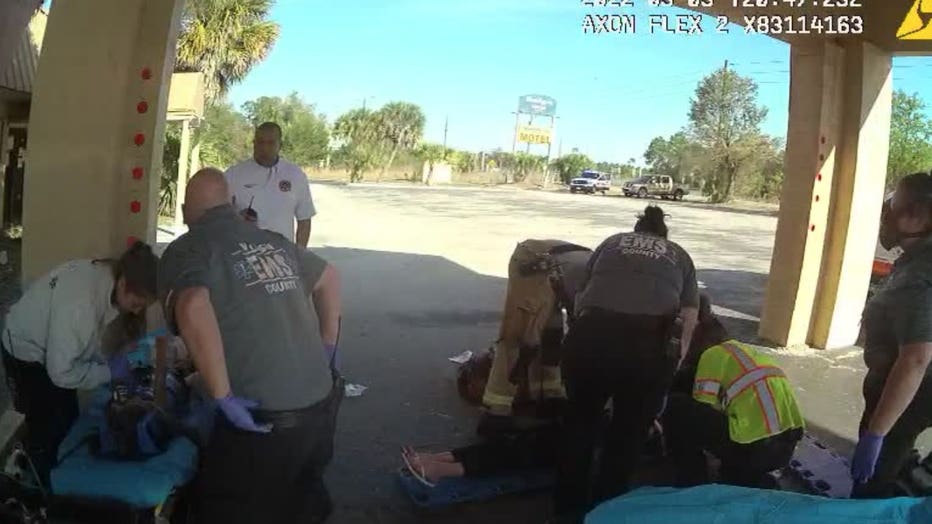 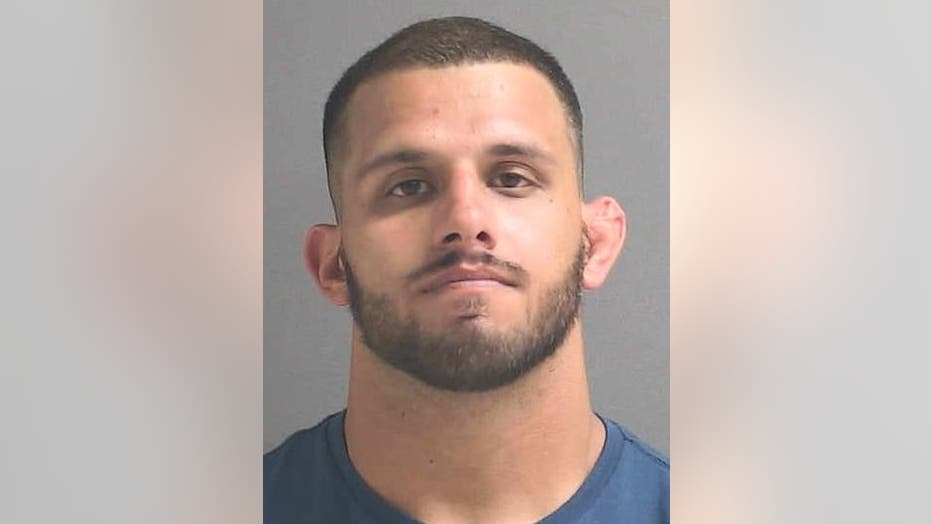 Deputies say Shaw shifted the vehicle in reverse and accelerated, striking all three victims with the back passenger door, knocking them to the ground.

"After purposely knocking them over, he continued to accelerate the car, running the younger girl over with a tire. He continued to drive with the infant in the car and left the scene, but returned shortly," deputies said.

The girls were taken to the hospital with scrapes and possible spinal injuries, along with their mom and the baby. The injuries are considered non-life-threatening.

Shaw was arrested and charged with three counts of aggravated battery with a deadly weapon, neglect of a child and leaving the scene of an accident with injuries.

He is being held at the Volusia County Branch Jail with no bail.