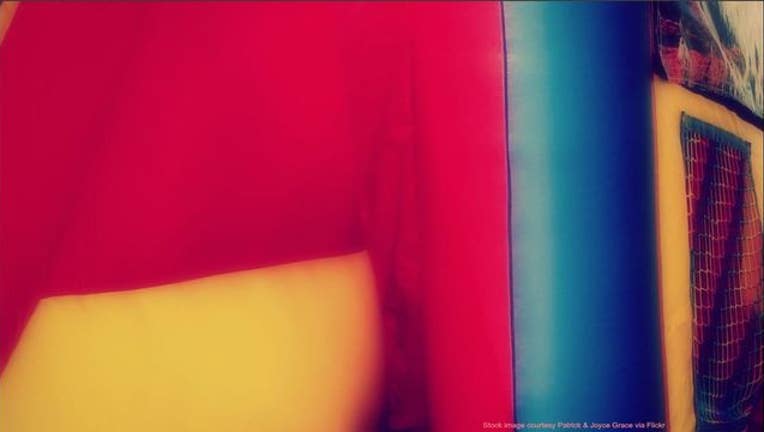 PORT ST. LUCIE, Fla. (AP) - A Florida man is facing misdemeanor charges after he allegedly unplugged the fans inflating a birthday party bounce house, causing it to deflate on the children inside.

Charles Wotruba of Port St. Lucie was arrested Friday, charged with disturbing the peace and trespassing and released.

Police say the 70-year-old Wotruba is the man caught by a surveillance camera last month unplugging the Disney princess bounce house, which had been rented for a girl's first birthday party. Six children ages 2 to 10 were inside. None were hurt.

Police say Wotruba may have believed the extension cord powered a disc jockey's stereo equipment. He lives about 500 feet away on the other side of a parkway. Wotruba doesn't have a listed phone number and no attorney is listed on court documents.