The Florida Department of Law Enforcement and the Collier County Sheriff’s Office announced Wednesday that Anthony Steven Guevara, 20 of Naples, faces a third-degree felony charge for allegedly altering the governor’s registration without consent and for unauthorized access of a computer.

Guevara also is accused of accessing the voter registrations of U.S. Sen. Rick Scott and professional basketball greats Michael Jordan and LeBron James, though he did not make changes to their information.

Secretary of State Laurel Lee said the suspect used publicly accessible voter data, and there is no evidence the change was made through the Florida Department of State’s website. Guevara is accused of using the Leon County supervisor of elections website to make the change.

“Our systems are secure,” Lee said in a prepared statement. “There has been no breach to the Florida Department of State’s systems.” 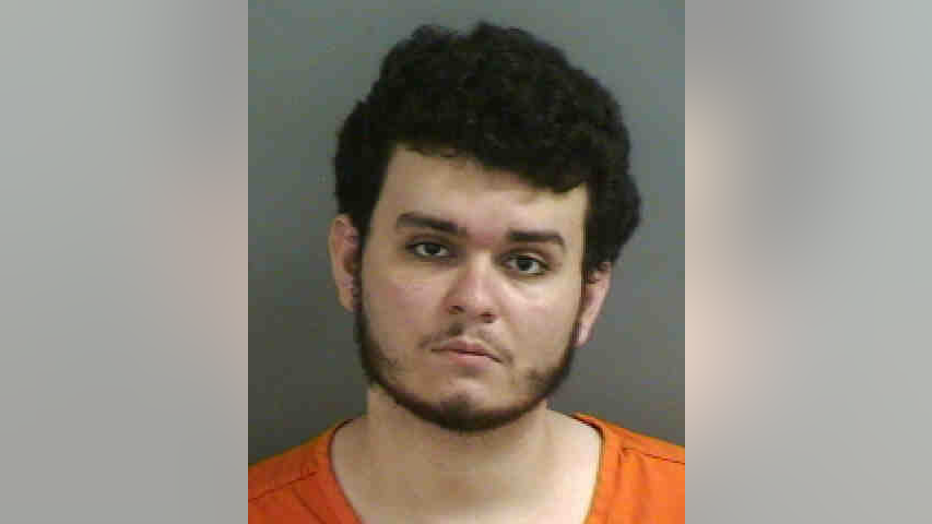 Lee added the situation was corrected immediately for DeSantis, and law enforcement acted swiftly to bring “this malicious actor to justice.”

“We encourage voters to check their voter registration for accuracy,” Lee said. “Every eligible Florida voter will have the ability to cast a ballot and every ballot will be counted.  We are working hard to ensure the safety and security of every voter.”

The governor’s office didn’t immediately reply to a request for comment. The changed address didn’t stop DeSantis from voting.

The arrest came amid massive scrutiny of voting systems heading into Tuesday’s general election. Last week, federal officials acknowledged that foreign disinformation campaigns aimed at sowing confusion and distrust have targeted voters in Florida and elsewhere. They accused Iran of sending threatening emails to voters and warned that Russia has collected voter information that could be used to interfere with the election.

DeSantis’ changed address was discovered when the governor went to cast an early vote on Monday afternoon and was informed his address was listed on Pretty Lane in western West Palm Beach rather than the governor’s mansion in Tallahassee, according to the Collier County Sheriff’s Office.

The Leon County elections office was able to locate the IP address --- the numerical label assigned to each device connected to the internet --- in which the registration change was made.

“I am proud of the quick and detailed work of our agents on this case and appreciate the hard work of the offices of State Attorneys Amira Fox and Jack Campbell,” Florida Department of Law Enforcement Commissioner Rick Swearingen said in a prepared statement, referring to the state attorneys in Collier and Leon counties. “FDLE is committed to ensuring the voting rights of Florida citizens are protected, and we will continue to work with our local, state and federal partners in ensuring the security of our elections.”

Through Comcast, the IP address was identified Tuesday as belonging to a woman in Naples, and a search warrant was executed.

Guevara, one of three people at the Naples address when state and county officers arrived, gave a sworn statement that was redacted in law enforcement records.

An FDLE digital forensic examiner determined Guevara’s laptop was used to draw information about DeSantis from Wikipedia, for searches of “Florida My Vote” and “Florida Governor, and to access the state elections website, according to the sheriff’s report.

The registration change charge carries penalties of up to five years in jail and up to $5,000 in fines.