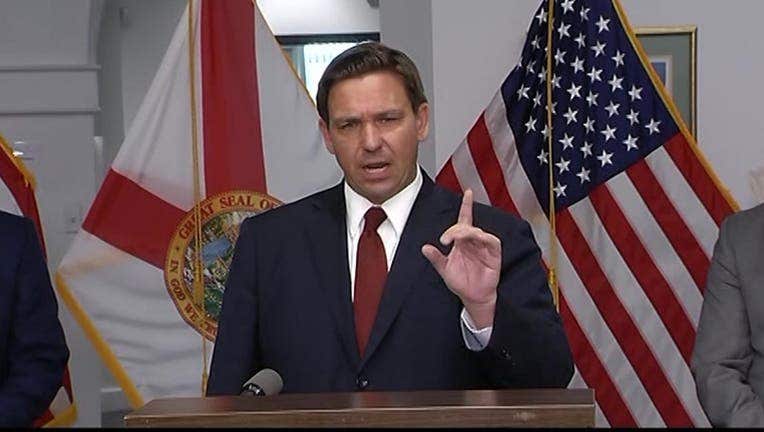 TALLAHASSEE - Lawyers for Gov. Ron DeSantis and Attorney General Ashley Moody are fighting an attempt to block a state law and regulations that limit the way race-related issues can be taught in public schools and in workplace training.

In a court document filed last week, the lawyers argued Chief U.S. District Judge Mark Walker should reject a request for a preliminary injunction in a lawsuit filed in April after DeSantis signed the controversial law (HB 7). Walker is scheduled to hold a hearing June 21 on the preliminary-injunction issue, according to a court docket.

Plaintiffs in the case allege that the law and regulations violate First Amendment rights and are unconstitutionally vague. But in the 60-page document filed last week, lawyers for DeSantis and Moody disputed that the restrictions violate speech rights in schools and workplaces.

"Here, the act does not prevent the state’s educators from espousing whatever views they may hold, on race or anything else, on their own time, and it does not prevent students from seeking them out and listening to them," the document said. "All it says is that state-employed teachers may not espouse or advocate in the classroom views contrary to the principles enshrined in the act, while they are on the state clock, in exchange for a state paycheck. The First Amendment does not compel Florida to pay educators to advocate ideas, in its name, that it finds repugnant."

But in an April motion for a preliminary injunction, lawyers for the plaintiffs argued that DeSantis and other Republican leaders "banned teachers and employers from endorsing a litany of opinions about race that had been stuck in their craw," such as institutional racism, white privilege and critical race theory.

"This constitutional challenge is not about whether these ideas are right or whether they should be taught throughout Florida’s schools and workplaces," the 53-page motion said. "Rather, it is about an attempt by Florida’s conservative politicians to silence exchange of these ideas and win a so-called ‘culture war’ through legislative and executive fiat."

DeSantis this year made a priority of passing the law — which he dubbed the "Stop Wrongs Against our Kids and Employees Act," or Stop WOKE Act. It came after the State Board of Education last year passed regulations that included banning the use of critical race theory, which is based on the premise that racism is embedded in American society and institutions.

The law, which is scheduled to take effect July 1, lists a series of race-related concepts that would constitute discrimination if taught in classrooms or in required workplace-training programs.

As an example, part of the law labels instruction discriminatory if it leads people to believe that they bear "responsibility for, or should be discriminated against or receive adverse treatment because of, actions committed in the past by other members of the same race, color, national origin or sex."

As another example, the law seeks to prohibit instruction that would cause students to "feel guilt, anguish or other forms of psychological distress because of actions, in which the person played no part, committed in the past by other members of the same race, color, national origin or sex."

The plaintiffs in the lawsuit are two public-school teachers, a University of Central Florida associate professor, a child who will be a public-school student in the coming year and the president of a firm that provides workplace training.

In the motion for a preliminary injunction, the plaintiffs’ attorneys from the Jacksonville firm of Sheppard, White, Kachergus, DeMaggio & Wilkison, P.A. wrote that the law and regulations "intrude on the free expression and academic freedom of Florida’s teachers by imposing a pall of orthodoxy over the classrooms."

"These provisions suppress a wide range of viewpoints accepted by academics for the sole reason that Florida’s conservative lawmakers disagree with them," the motion said. "Even if such disagreement could form a legitimate government interest, Governor DeSantis failed to identify any actual examples of what he calls ‘critical race theory’ being taught in Florida public school classrooms."

The plaintiffs’ attorneys also alleged that the restrictions "ensure students learn only a white-washed version of history and sociological theories that ignore systemic problems in our society that create racial injustices."

But in the document filed last week, the lawyers for DeSantis and Moody wrote that the plaintiffs who are educators "have no constitutional right of academic freedom to override curriculum policies adopted by democratically elected lawmakers."

"Plaintiffs’ First Amendment challenge to the educational provisions fails because the act regulates pure government speech — the curriculum used in state schools and the in-class instruction offered by state employees — and the First Amendment simply has no application in this context," the document said.

The state’s lawyers, who also separately filed a motion last week seeking to dismiss the case, argued in the preliminary-injunction document that the state restrictions are intended at "stamping out" discrimination.

"The balance of the equities and the public interest weigh decisively against enjoining the act. … (The) state has a compelling — constitutionally imperative — interest in ending discrimination based on race and other immutable characteristics, and enjoining the act will sanction conduct and curricular speech that Florida has determined, in the exercise of its sovereign judgment, is pernicious and contrary to the state’s most cherished ideals," wrote the state’s lawyers, including attorneys from the Washington. D.C. firm of Cooper & Kirk, PLLC.