Veterans Day evolved from Armistice Day, which celebrated the armistice that brought a ceasefire to the trenches of the Western Front at the end of World War I.

WASHINGTON - Veterans Day is known as an occasion to take pause and reflect on the immense sacrifices that veterans have made to protect our freedoms, but the date of the federal holiday, Nov. 11, holds an additional significance.

Unlike other commemorative federal holidays, such as Memorial Day or Labor Day, which are both observed on Mondays, Veterans Day is always celebrated on Nov. 11 due to its origins as a celebration of the armistice that brought a ceasefire to the trenches on the Western Front at the tail end of World War I, which went into effect at the 11th hour of the 11th day in the 11th month of the year.

WWI began on July 28, 1914, when the Austrian-Hungarian empire was preparing to invade Serbia as a retaliatory move in reaction to the slaying of the Serbian emperor’s heir, Archduke Ferdinand.Russia quickly rose to support its ally, Serbia, while Germany mobilized to assist its ally, Austria.

As allies to Russia, France and Britain were also pulled into the conflict, marking the beginning of the horrific trench warfare that came define the conflict on the Western Front.

The United States managed to stay out of the conflict for almost three years, and President Woodrow Wilson ran a successful re-election campaign for the presidency using the slogan, “He kept us out of war,” but that all changed in 1917 when Germany violated its pledge to suspend unrestricted submarine warfare in the North Atlantic and Mediterranean to starve out the British.

Citing these warfare tactics as well as German attempts to lure Mexico into an alliance against the U.S., Wilson declared war against Germany.

On April 6, 1917, the U.S. entered the war.The first 10 months of 1918 were a period of brutal warfare that began with a massive German offensive in the spring, followed by the Allies’ Hundred Days Offensive in the fall. The Allies were able to make significant gains during their offensive, including breaching the Hindenberg Line.

Effectively accepting defeat, German and Austrian officials attempted to negotiate with the Allies, and on Nov. 11, 1918, an armistice was reached with Germany.

The agreement was signed at 5 a.m. in a railway carriage at Compiègne and the ceasefire that brought an end to the brutal fighting occurring along the Western Front — on the 11th hour of the 11th day of the 11th month of the year.

The armistice marked the end of active fighting, though the treaty which officially ended “The Great War” wasn’t signed until June 28, 1919 at the Palace of Versailles in France.

Because the armistice agreement ended the fighting, Nov. 11, 1918 was widely regarded as the end of “the war to end all wars,” as WWI was often referred.In November 1919, Wilson issued a proclamation commemorating Nov. 11 as Armistice Day:

“To us in America, the reflections of Armistice Day will be filled with solemn pride in the heroism of those who died in the country’s service and with gratitude for the victory, both because of the thing from which it has freed us and because of the opportunity it has given America to show her sympathy with peace and justice in the councils of the nations…” 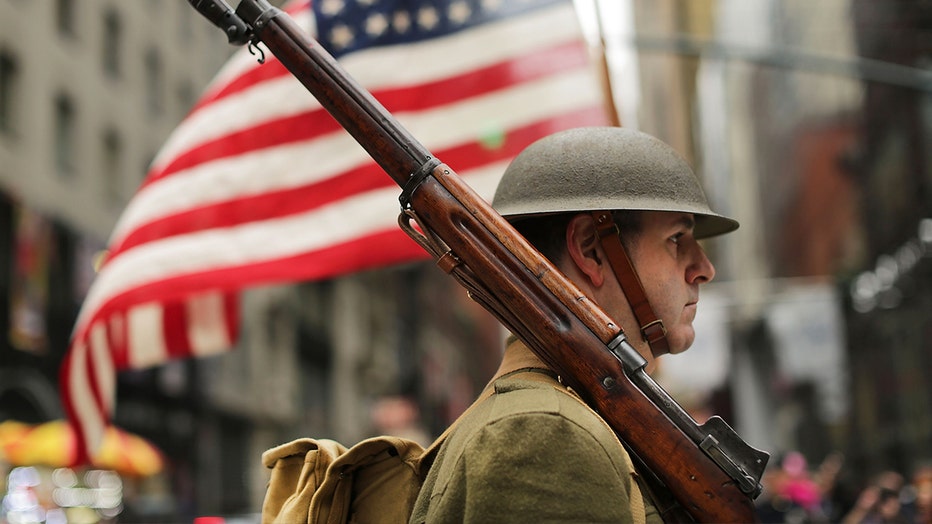 In 1926, Congress passed a concurrent resolution declaring that Nov. 11 should be a legal holiday to be commemorated with prayer and thanksgiving and ”exercises designed to perpetuate peace through good will and mutual understanding between nations.”

In 1938, Congress passed a law which made Armistice Day a legal holiday, dedicated to world peace. Following WWII and the Korean War, the law was amended in 1954 to honor veterans of all wars.

In 1968, the federal government tried switching Veterans Day to the last Monday in October so that there would be four national holidays falling on Mondays, but the significance of the date behind Veterans Day was too important.

In 1975, a law was passed re-designating Nov. 11 as Veterans Day.Since the 1950s, presidents have regularly issued proclamations reminding us of the holiday and the importance of our veterans’ service in protecting and defending the United States.

For the past three years, President Donald Trump has issued a proclamation extending the celebration to last for the entire month of November. Each year in office, he has designated November as “Veterans and Military Families Month.”

“The restoration of the observance of Veterans Day to November 11 not only preserves the historical significance of the date,” wrote the U.S. Department of Veterans Affairs, “but helps focus attention on the important purpose of Veterans Day: A celebration to honor America's veterans for their patriotism, love of country, and willingness to serve and sacrifice for the common good.”