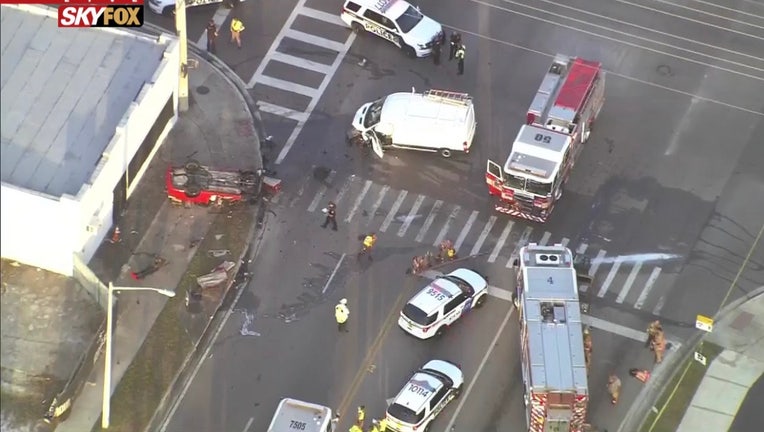 The crash happened around 6:30 a.m. at the intersection of Curry Ford Road and Bumby Avenue in the Hourglass District.

The impact caused the car to overturn. The 25-year-old driver was pronounced dead at the scene.

The other driver suffered minor injuries.

The intersection was shut down for hours as authorities investigated.