The Florida Department of Transportation has lowered the speed limit along a 9-mile stretch of State Road A1A in Brevard County. The move comes just months after a 12-year-old was struck by a motorist in December, dying days later.

LAKE MARY, Fla. - The Florida Department of Transportation (FDOT) is lowering the speed limit along a 9-mile stretch of State Road A1A in Brevard County, which includes a portion of roadwway where a 12-year-old girl was struck and killed by a motorist.

The speed limit on an approximately 9-mile stretch of State Road (S.R.) A1A in Brevard County is scheduled to be reduced to 35 mph beginning May 1.

The changes come in an effort to increase safety in high-pedestrian areas along A1A in Brevard County.

According to the Satellite Beach Police Department, Sophia Nelson was struck by a vehicle on December 22 while crossing A1A near Ellwood Avenue. Her family said that she was heading home from a walk on the beach. She suffered serious injuries and was transported to Arnold Palmer Hospital for Children in Orlando, where she died on Christmas Day. 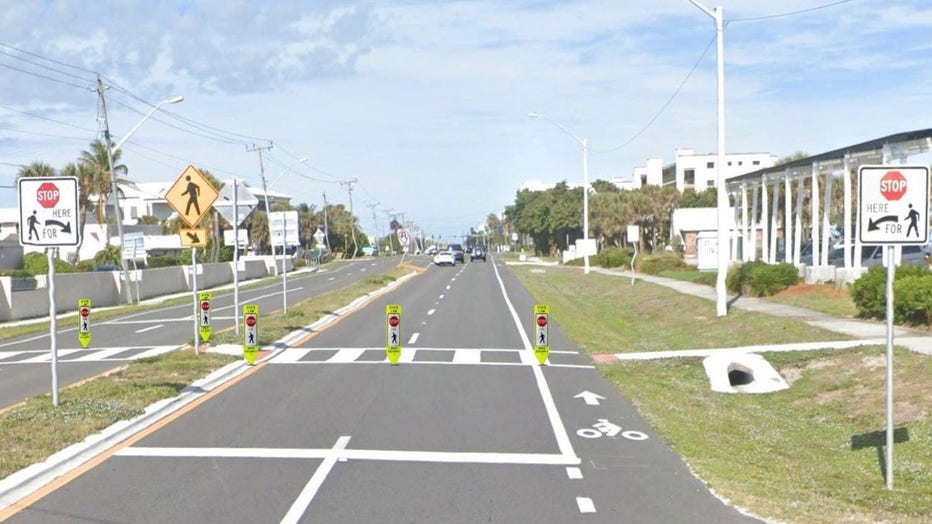 FDOT is also in the process of installing Rectangular Rapid Flashing Beacons (RRFBs) at 16 locations to offer drivers an added alert when a pedestrian is attempting to cross at a designated crosswalk. Of the 16 RRFBs, six are already operational, while the remaining are scheduled to be activated on May 1.