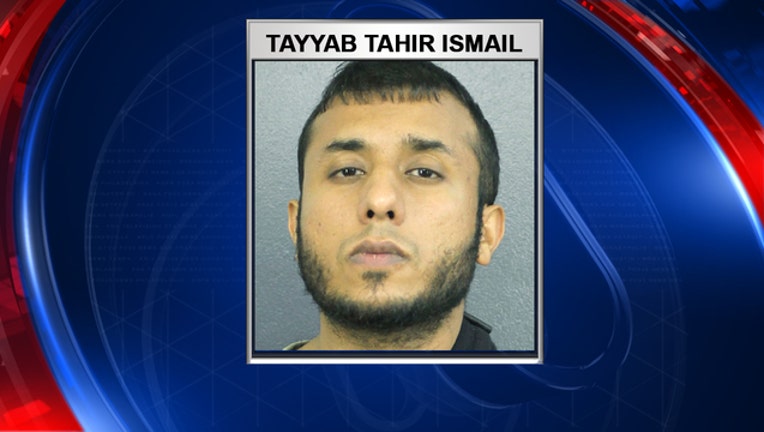 MIAMI (AP) - A Florida man is facing charges of posting detailed bomb-making instructions to online sites frequented by extremists such as supporters of the Islamic State group, according to an FBI complaint unsealed Monday.

An FBI affidavit charges Tayyab Tahir Ismail, 33, with posting the illegal bomb instructions on at least five occasions between July and September. Ismail, of Pembroke Pines, Florida, is a naturalized U.S. citizen from Pakistan. The charge carries a maximum 20-year prison sentence if he is convicted.

The FBI says Ismail posted numerous other messages of support for the Islamic State and did searches on how to build bombs. There is no evidence he actually had live explosives, but there was plenty of extremist rhetoric about carrying out attacks, according to the affidavit.

"You are surrounded by methods to hit them. Kill the devil's soldiers without hesitation. Make them bleed even in their own homes," read one message Ismail is accused of sharing online. "There are plenty of methods to attack my brother."

One of the bomb-making videos Ismail allegedly shared online showed an instructor with a black scarf covering his face and wearing military fatigues. The video on how to make a bomb in a kitchen also shows a black flag in the background that the FBI says is associated with the Islamic State group.

The FBI affidavit says explosives experts believe the bomb instructions posted by Ismail were accurate and could lead someone to build a dangerous device.

The affidavit also says Ismail was an associate of James Medina, who is serving a 25-year prison sentence for plotting to blow up a South Florida synagogue and Jewish school. The two lived together while Medina was working on his 2016 plot, which was an undercover FBI sting operation using a fake bomb.

"On the day Medina attempted to bomb the synagogue, Ismail learned of Medina's plans to move forward and conduct the attack, but he did not alert law enforcement," the affidavit says.

After Medina's arrest, Ismail surrendered several firearms at authorities' request, court documents show. But he was not charged in that case.

The FBI says it has been aware of Ismail since October 2010, when he allegedly made terrorism threats at a Florida homeless shelter, claiming he was an "al-Qaida soldier" and would "blow it up." He also responded to an insult from a woman by allegedly saying, "we throw women like her in the ditch."

Ismail was arrested Friday, court records show, and he has a Dec. 26 bail hearing. Court records Monday did not list an attorney for Ismail.