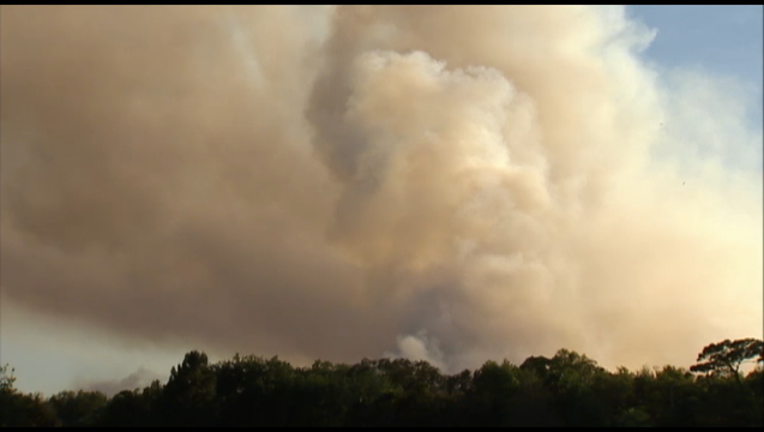 LAKELAND, Fla. (WOFL FOX 35) - A home in Lakeland was destroyed late Tuesday night by a fire.

The Polk County Board of County Commissioners report that the Polk County Fire Rescue and the Bartow Fire Department responded to a fire on Lake Point Drive in Lakeland on Tuesday night. Upon arrival, they saw a 3,759 square-foot wood framed home heavily engulfed in flames.

The strong winds blew flames towards the home next door, but thankfully, a Polk County deputy evacuated the threatened homes before firefighters even arrived, said the Polk County Board of County Commissioners. Everyone was accounted for, so firefighters were able to focus on protecting nearby structures.

The fire was reported to be under control by midnight. No one was injured and no other homes were severely damaged.

Five people lived at the home, three adults and two children. The American Red Cross was called to assist the family.

The cause of the fire is not yet determined, so the Bureau of Fire and Arson Investigations will carry out an investigation.