Titusville Police are still looking for two out of four shooters who sprayed a busy intersection with bullets.

TITUSVILLE, Fla. - Titusville Police are still looking for two out of four shooters who sprayed a busy intersection with bullets.

Investigators say a group of guys in a car fired around 75 shots in under 30 seconds.

Surveillance video shows the gunmen recklessly shooting into the road.

The shooting happened at Barna Avenue and Harrison Street at around 8:00 p.m. Saturday.

Investigators say the suspects were targeting a car with three women inside. Two of those women were shot and are recovering.

"You can see the angle – the way the bullet came into the house there," said Mike Chiello Sr., who lives near the intersection.

The 75 bullets landed all over the place, including four in his home. 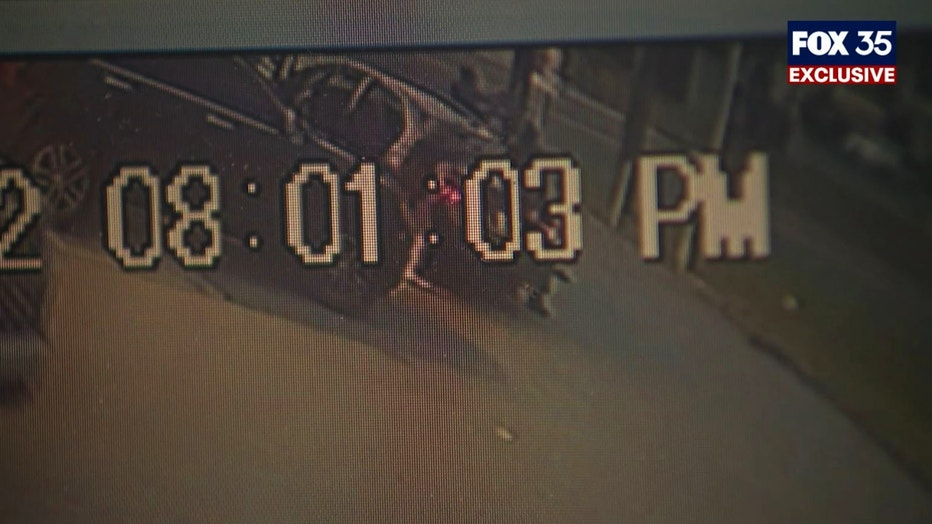 "We were watching an episode of Ozarks and then 8 o’clock, the next thing you know, we hear all that commotion at the gas station," Chiello explained.

Luckily, none went through Chiello’s walls. Police say three other homes near the intersection were hit too.

"Like a gun battle going on right in my front yard," Chiello told FOX 35 News.

Two men have been arrested in connection to the shooting. They are 18-year-old Jayden Wright and 18-year-old Bryce Rios. They’re each facing three counts of attempted first degree murder. They were apprehended when they showed up for a court appearance on a separate case, according to police.

"Number one priority for all of the officers and detectives in this agency. It is not tolerated in our city for people to act this way. To put so many other people in the city in harm’s way," Sgt. Werring said.

Investigators have not said why the suspects were shooting at the other car but do tell us two more gunmen are still out there.

"We will take every resource we possibly have to make sure they’re brought to justice," Werring said.

Anyone with information is asked to call Titusville Police or Crimeline.