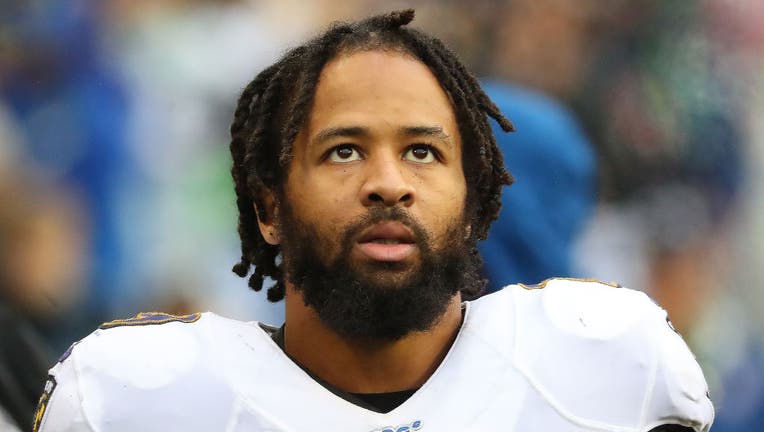 Earl Thomas #29 of the Baltimore Ravens looks on against the Seattle Seahawks in the third quarter during their game at CenturyLink Field on October 20, 2019 in Seattle, Washington. (Photo by Abbie Parr/Getty Images)

An arrest warrant was issued in Texas for former NFL star Earl Thomas after he allegedly violated a protective order by sending threatening messages to a woman about her and her kids.

The warrant was issued April 27 and charged Thomas, 33, with a third-degree felony, the Austin American-Statesman reported, citing court records. He had yet to be booked into jail. The case was reportedly assigned to Travis County District Court.

Trey Dolezal, a lawyer representing Thomas in divorce proceedings, told the paper the warrant was issued after Thomas reached out to his wife to see their children.

Thomas allegedly violated a protective order that was issued in May 2021 that limited him to communicating with the woman through a co-parenting phone application. But the woman told authorities Thomas refuses to download the app.

The woman said Thomas started to send threatening messages beginning in mid-April. He allegedly said he had obtained two handguns. According to the paper, Thomas allegedly sent messages that said he hoped "u in the car with him and the kids and yall drive off the road,"

The next day, he allegedly said he would "let my momma and my cousins poison they (their children) a--."

Thomas had told ESPN five days before the warrant was signed he was hoping to get back with an NFL team this season. The three-time All-Pro and Super Bowl champion last played for the Baltimore Ravens in 2019. He appeared in 15 games and had two interceptions and 49 tackles that season.

He once famously flipped off Pete Carroll during a game against the Arizona Cardinals as he was being carted off the field with an injury.